A portrait of ARIA-winning indie musician Courtney Barnett is among the finalists for this year’s prestigious Archibald Prize.

Barnett was captured by friend Melissa Grisancich, who painted the portrait after spending time at Barnett’s home taking photographs and doing sketches.

“I’m a big fan of her music with its unique mix of rock, folk, indie and grunge,” Grisancich said.

“I also love her guitar playing, and see her as a strong representative of the positive shift happening for women in Australian music today.”

The portrait shows Barnett holding her electric guitar, and is titled Courtney Barnett and Her Weapon of Choice.

“Courtney was happy to sit, quietly playing a tune and looking around the room as if I wasn’t there,” the Melbourne-based artist said.

“She had a casual warmth about her that I wanted to capture.

“Her music and witty lyrics are quite colourful, so I have used a lot of colour. The background is inspired by 1930s Australian art-deco patterns, which often feature in my work.” 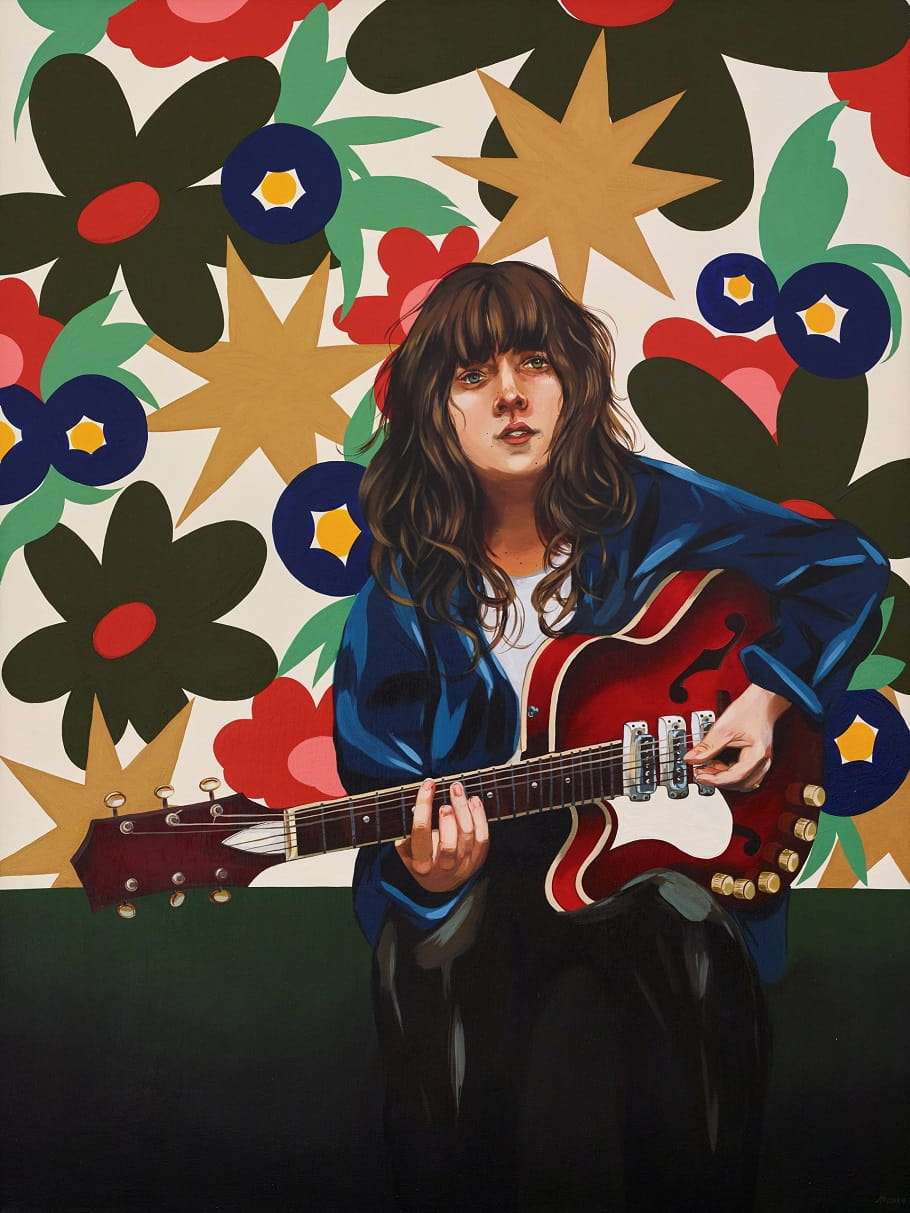 The Archibald Prize is the country’s oldest and most popular art prize, and it’s awarded each year to a portrait “preferentially of some man or woman distinguished in art, letters, science or politics.” All of the finalists are displayed at an exhibition in the Art Gallery of NSW.

The Packer’s Prize, an award decided by the head packer who supervises the unloading of hundreds of entries to competiton, was last week awarded to artist Jamie Priesz for his depiction of rocker Jimmy Barnes as a boxer.

The Archibald Prize winner will be announced on May 11.

Celebrating the men of Tom of Finland on his 100th birthday