Drag star Courtney Act has taken to Twitter with a quick update for you on gay sex emojis.

“This is the new emoji for bottoming,” the Australian superstar informed her followers overnight.

The emoji she chose? The one of the guy bowing. No more peaches anymore!

Although often mistaken for a man thinking or doing push-ups, the emoji actually depicts a man bowing deeply, known as dogeza in Japan.

This is the new emoji for bottoming ?????

What was the original intent for this? Pretty sure it was always for bottoms 😂😂 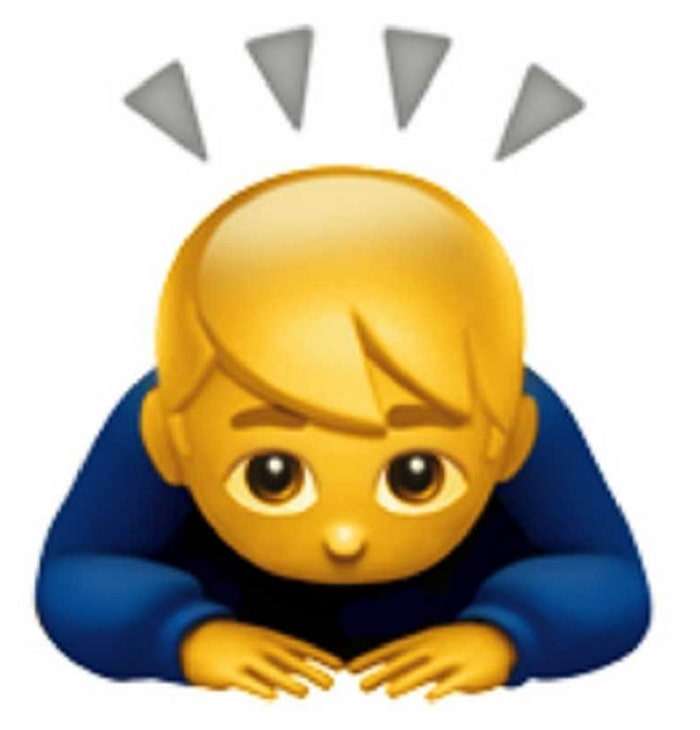 Courtney Act is definitely onto something

Courtney’s decree is important because of new research that suggests expanding your emoji vocabulary may have a surprising perk.

A new study, from the legendary Kinsey Institute, discovered emoji enthusiasts were more likely to get a second date with romantic partners than those who don’t use emojis in communication.

Emoji users were also more likely than non-emoji users to engage in sexual activity on their dates, whether sharing a first kiss over dinner or having sexual intercourse.

The Institute didn’t find a correlation between emoji use and the likelihood of someone getting a first date.

But the researchers concluded that using smiley faces and other symbols allowed study participants to develop greater intimacy with their partners.

“In today’s digital era where increasing numbers of people are looking for romantic and sexual partners online… the ability to effectively express and interpret emotions can be difficult,” the researchers wrote.

Over 5300 people took part in the survey, with 13.2 percent of them identifying as LGBT.

But unfortunately, the Kinsey Institute found it was impossible to “fully know which ones are most effective at helping to form connections between people.”

A moment of silence for the days of face-to-face communication and conversations via telephone.