Australia’s first ever “Pride House” will launch next week on the Gold Coast ahead of next month’s Commonwealth Games.

The Pride Houses are safe, inclusive venues for LGBTIQ people and friends to gather during major sporting events.

“During Olympic and Commonwealth Games there’s often ‘hospitality houses’ set up, based on countries. At the 2012 London Olympics, there would’ve been an Australia House, where we all could go along to cheer on the Aussies,” Hall said.

“A number of countries do these at international sporting events. Leading into the London Games, a group in Glasgow thought about how great it would be to have a safe space to encourage LGBTIQ people to get out with their like-minded friends and their straight allies and support their athletes.

“Sport has been recognised as an area where homophobia tends to exist, and to break down those barriers it makes sense to have a safe place that’s inclusive and supportive… This is the first Pride House in Australia, and the first in the southern hemisphere.”

The Pride House will be hosted at the Surfers Paradise venue Rise Bar from Wednesday, March 28 until the end of the Games on April 15. The launch next Wednesday will begin at the venue at 11am, and all are welcome.

An exhibition featuring photos and stories of Australian LGBTIQ sporting trailblazers will be on display in the Pride House, with the “entire spectrum” of the LGBTIQ rainbow set to be featured.

A different topic affecting the community will be highlighted each day, including trans issues, legal issues and LGBTIQ mental health. 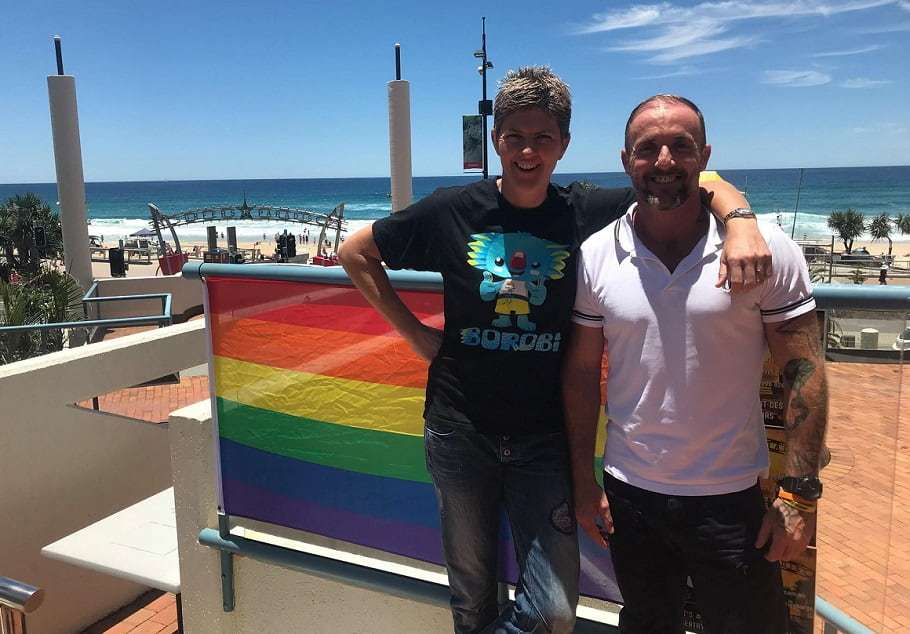 Olympians Ji Wallace and Natalie Cook are the official ambassadors for the initiative.

They said the Pride House provides a safe space for not only Australian LGBTIQ people but also guests from Commonwealth countries where homosexuality is less accepted.

“There’s still a majority of Commonwealth countries around the world where it’s still illegal to be gay. There’s death sentences given out to gay people when all they want to do is be themselves,” Wallace said.

“It’s vitally important that we swing our hands open and accept people for who they are.”

Cook added, “We’re hoping here on the Gold Coast that every athlete can feel accepted in the Pride House and be a part of this amazing community that we have here in Australia, especially after we legalised gay marriage.”

The Gold Coast 2018 Commonwealth Games will run from April 4 to 15 next year, welcoming more than 6,600 athletes and officials from 70 Commonwealth nations to venues on the Gold Coast, Brisbane, Cairns and Townsville.

The political farewell speeches – and we’ve only just begun