Multiple sources have confirmed to the US celebrity news site TMZ that the pair have split, but the reason for the separation is not yet known.

But the revelation comes after Haynes posted a cryptic music video, Man, It Sucks, to his social media accounts that many are interpreting as a reference to the split.

“I don’t like when you’re staying out all night and never answer your phone, I follow you around the world just to be left alone, and man, it sucks,” Haynes sings in the video.

“I said I loved you despite the cheating drama. … maybe in the future, you’ll come around.”

If confirmed, the break-up will mark the end of a whirlwind romance for the couple who were married last October in a ceremony officiated by Kris Jenner.

Haynes and Leatham were engaged in March last year, a few weeks after Haynes confirmed they were dating. The engagement came with a little help from Cher, who recorded a special video message for Haynes, which played as Leatham popped the question. 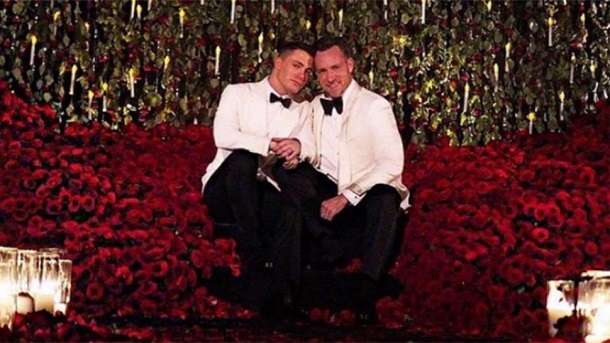 Leatham told People in October that the relationship had been “love at first sight”.

“A lot of people protect their hearts but you have to keep your heart and your mind open,” he said.

“Colton has been such an inspiration to me. We couldn’t be more different but our love is the same and I think that’s the strongest part of our relationship.”

Should this gay man come out at his brother’s wedding?

Brendan and Chris: ‘The moment the law changed, we were engaged’