Christian Wilkins has called out a “completely homophobic and misogynistic” Daily Mail headline about his Mardi Gras Fair Day outfit on Sunday.

As Mardi Gras season kicks off, the annual Fair Day event returned to Victoria Park in Camperdown. Revellers filled the park with rainbows as they enjoyed the day of live entertainment.

The model and son of Richard Wilkins was at Fair Day, wearing a pink cut-out mini dress to the event.

But Christian clapped back, writing, “It’s completely homophobic and misogynistic statements like these that causes anxiety and fear in many LGBTQI ppl.

“Yes I know I’m in a dress and celebrate my femininity but come on … ‘dude looks like a lady’?” 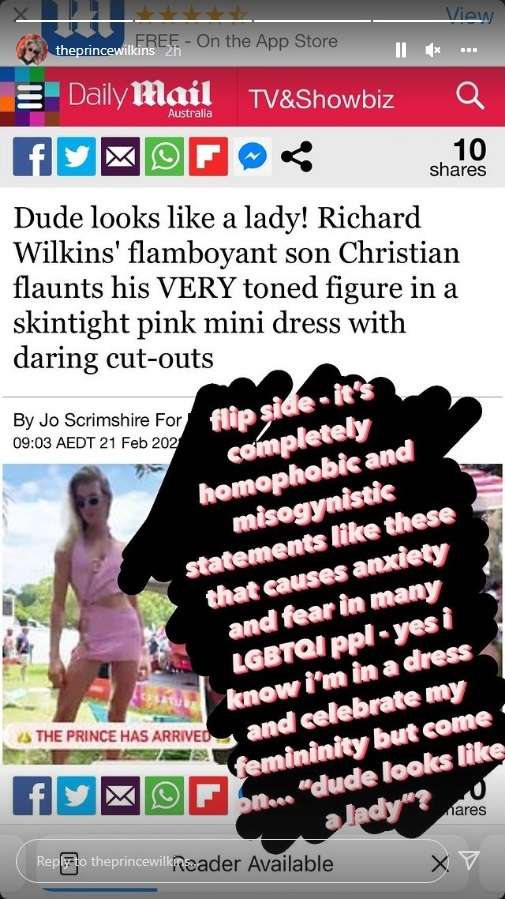 “I don’t think any of us young people have seen a show that’s felt like it represents us in such an incredible way,” he explained.

On March 5, the Parade will again return as a ticketed event at the Sydney Cricket Ground (SCG).