Check out some pics and watch the video below.

The 31-year-old was the highest-paid DJ in the world last year. He earned an estimated $66 million according to Forbes. He obviously spent some of that cash on a gym membership if his new torso pics are anything to go by. He’s taking up the mantle from footballers like David Beckham and Cristiano Ronaldo and giving us his best Blue Steel as the new face of Giorgio Armani’s Spring/Summer 2015 season.

He shows off a taut torso in his modelling debut for Armani’s Spring/Summer 2015 range. 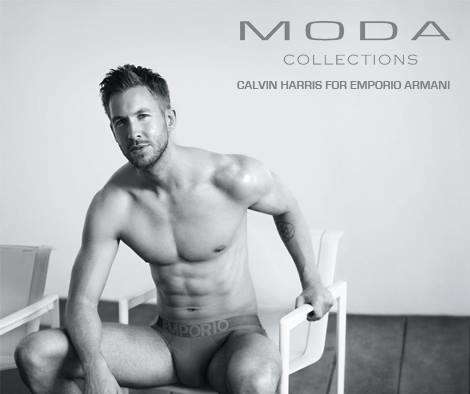 In addition to fronting the underwear campaign, Harris is also the face of the Armani’s eyewear and watch collection.

The Grammy award winning DJ talked about working for the fashion house back in December.

“It’s incredible to be working with Mr Armani and his team at Emporio Armani. 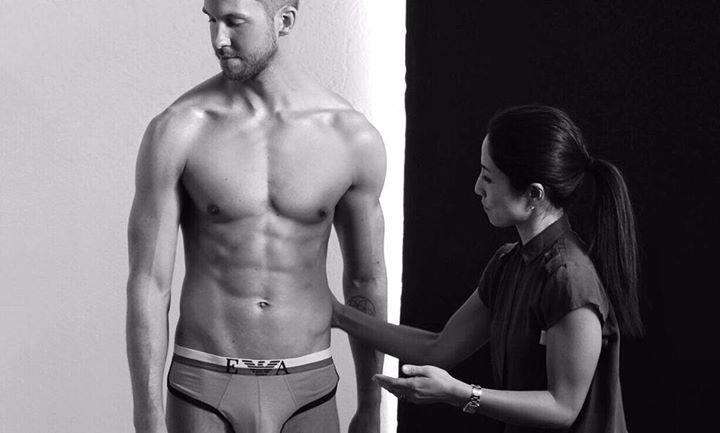 Calvin spoke at the announcement of the partnership in December last year.

“I feel an affinity to the brand ethos and have been a long time admirer of their designs.”

Meanwhile Giorgio Armani said the DJ  was ‘capable of attracting the masses’.

“Calvin Harris is a truly cosmopolitan, dynamic young man who is capable of attracting the masses with his music and energy.

‘He isn’t a model by nature, and this creates a more sincere and engaging bond with the public.’

Calvin’s latest single is the Haim collaboration “Pray To God” from his 2014 album Motion.

The hottest men we (un)covered in the last five years