More football teams are being encouraged to hold their own LGBTIQ-inclusive Pride Cup matches after Queensland’s first was hailed a success last Saturday.

The initiative sees footy teams don rainbow colours to celebrate inclusion and diversity in sport and send a message to LGBTIQ players and fans that they’re welcome and accepted.

“Sport is a place where you can come and be accepted. It’s quite special for us to celebrate that on a particular day,” Robina Roos Captain Hanna Blaine (pictured below, centre) told aflq.com.au.

“If today can inspire other clubs all around Queensland and Australia to make sure sport is inclusive and welcoming to everybody, it’s a win.

“After today being so successful, I imagine plenty of teams will want to get on board.” 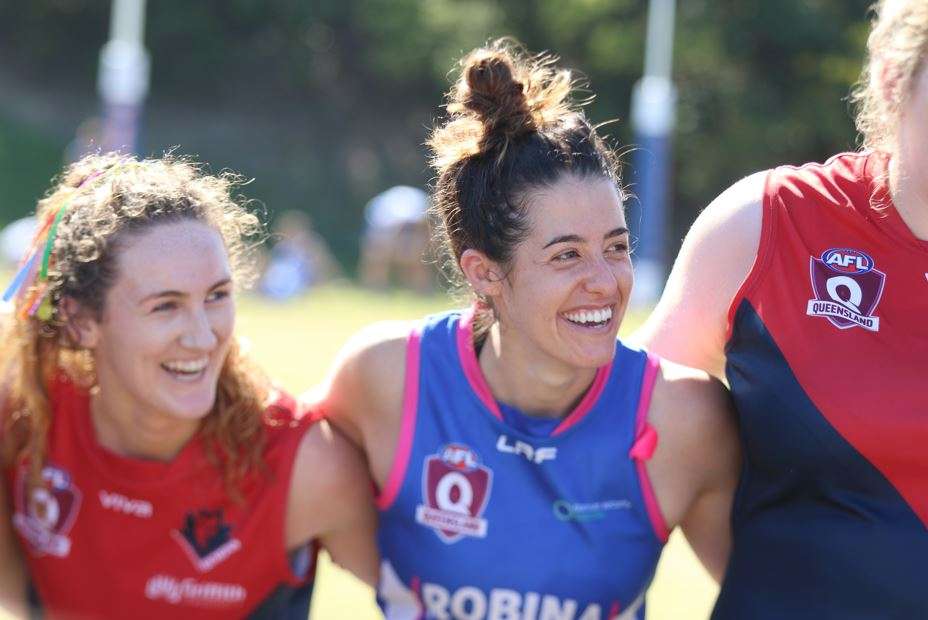 Blaine thanked their team manager Sally Crosswell for her tireless work in organising the event.

The Gold Coast-based game is the fourteenth Pride Cup of the 2018 footballing season, with events taking place across Victoria, Adelaide and New South Wales. 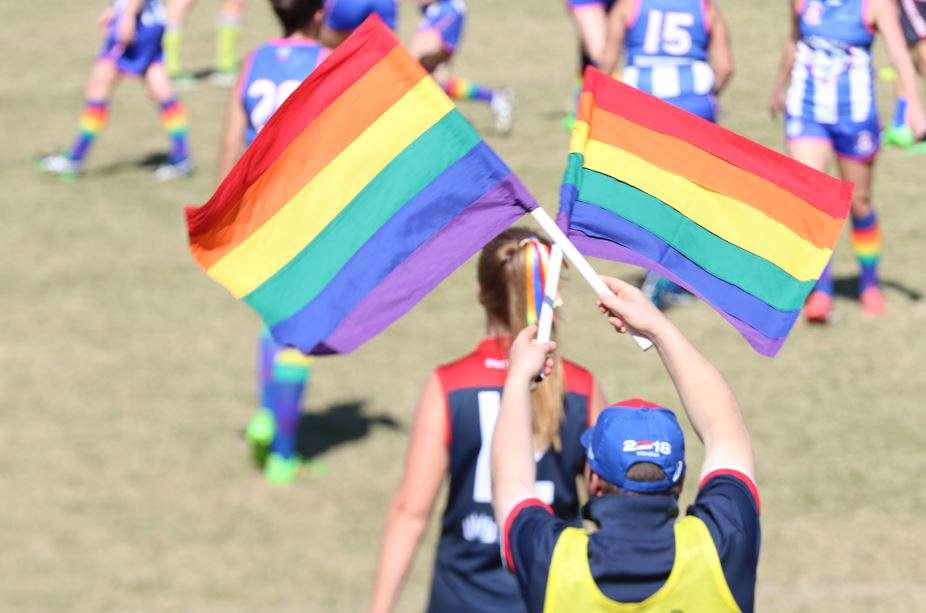 Parents and Friends of Lesbians and Gays (PFLAG) spokesperson Shelley Argent addressed a special event after the Gold Coast match, and she said she’d like to see more Pride Cup matches across Queensland.

“It was a really nice atmosphere, and I think it was a real achievement. You can never have too many of these events,” she said.

“Barry Gibson from AFL Queensland told us there’s around 6000 women across the state now playing in AFL teams. I think that’s great.

“Among the female teams, there’s no issues about players being out and proud to their teammates. I think the females are leading the way in these sorts of things. It would be great to get men’s teams involved as as well.” 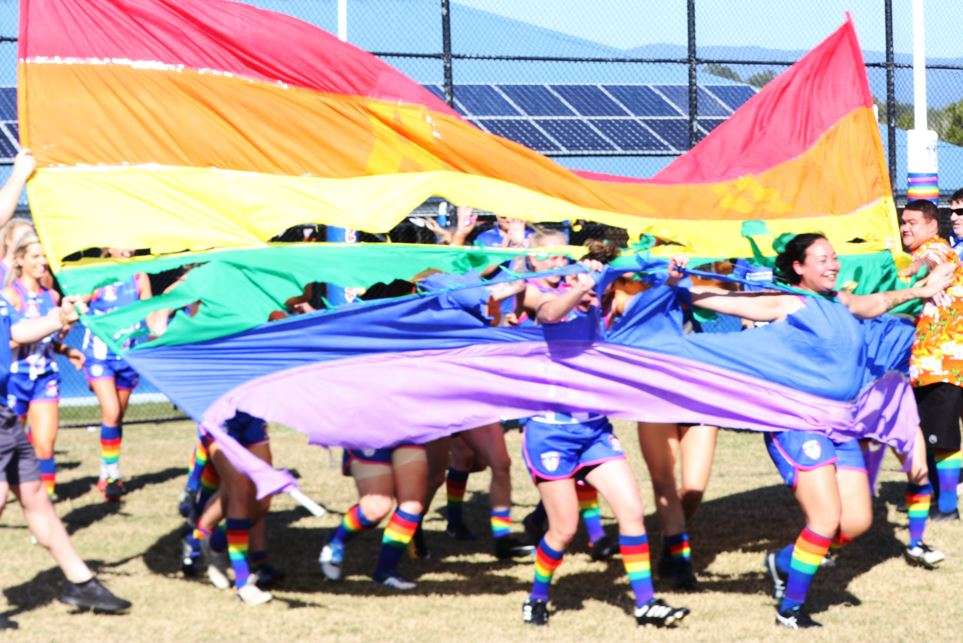 “Sporting clubs are often the hearts of communities. When they show leadership on an issue, people listen,” he said.

“To know that Robina is on board with LGBTIQ+ inclusion is a message of hope for people within that community.”

Oops he did it again! Scotty and the queer boogeyman