Forty volunteers from Cairns Tropical Pride will represent north Queensland atop the festival’s first ever float in the Sydney Gay and Lesbian Mardi Gras parade.

Organiser Kevin Scott said the float was a last minute decision for the festival’s organisers but they were overwhelmed with interest.

“We decided around a table prior to Christmas that a group of us would go. I suggested we think about a float because we’d all spoken about it in the past and really wanted to,” he said.

“We created a Facebook group at the last minute and put it out to friends that we were doing a community float for 40 people.

“We virtually had those 40 within a day, and there’s a lot more than that from Cairns going to Sydney for the parade. The float is a great mix of people: young, old, gay, bi, straight, trans.”

Kevin said his partner designed the float and its tropical theme was based around the Great Barrier Reef and “all the things we have up in Cairns that we’re proud of.”

“The truck’s going to be the reef, with clams and mermaids and other sea animals like crocodiles, turtles and jellyfish. We’ll have our large rainbow flag at the back.

The Cairns Tropical Pride festival is held each year in late September, with a number of LGBTIQ events across the region. Tropical Pride revellers are no strangers to marches, with the festival’s contingent (pictured) winning Second Prize in last year’s Cairns Festival Grand Parade.

Meanwhile, the gay and inclusive Brisbane Tritons water polo team will don their speedos again on their own float in this year’s Mardi Gras parade.

The team’s president Sean Langeveld said seventy participants would take part, and Tritons players would be joined on the float by interstate counterparts from water polo teams the Sydney Stingers and the Perth White Pointers. 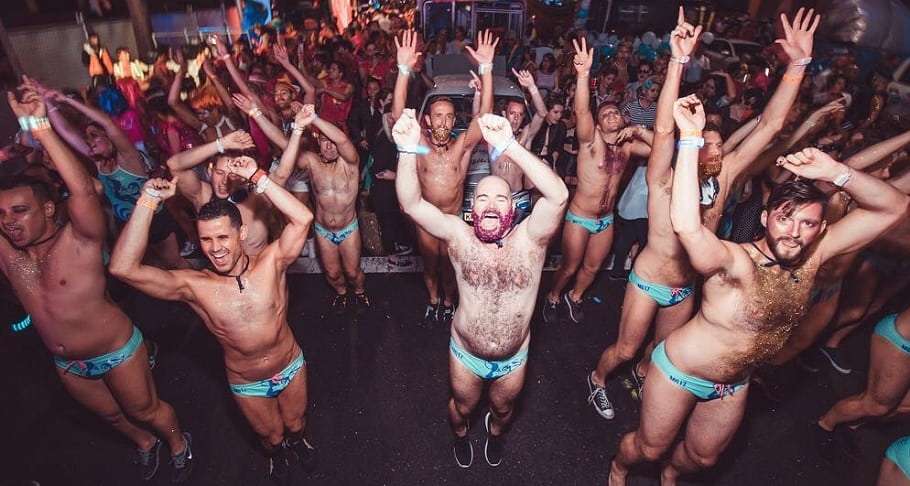 The Mardi Gras parade will be held on Saturday, March 3. For the full list of floats in the parade and the running order, visit the Mardi Gras website.

Big Love is all around us with MINI Electric