QN Magazine was lucky to catch Mark Cochrane’s first Cairns exhibition of DogHouseFNQ back in October and the exhibition has shown at two other galleries since.

DogHouseFNQ shows off homes from Townsville to Mareeba.

“I’ve been photographing unusual suburban homes around Cairns and Far North Queensland for quite a while and I think these little castles go unnoticed,” said Mark.

“They’re often just down the road from us — beautiful moments of time captured when there was a grace or a style or a purpose that they were built for.

“Unfortunately, they can be neglected. I hope they’re not forgotten. They are part of our history.

“People say, ‘I’ve seen that somewhere, where is it?’ and I can quickly rattle off where they are. Some are at Mareeba, Atherton, Townsville, Ingham and Cairns.

“There are fabulous retro homes in the north that capture an interesting array of periods. They’re nostalgic, they’re beautiful and they’re fun.” 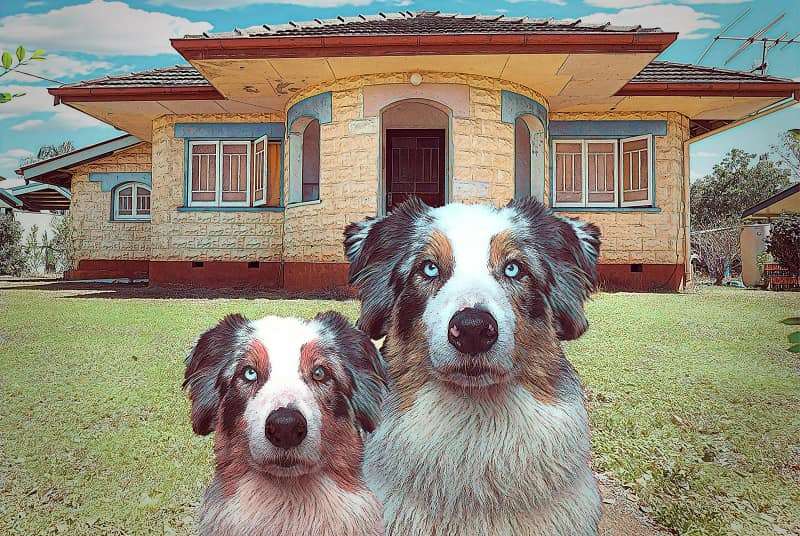 Mark initially wanted to photograph the houses and dogs together but that proved impractical.

“The original intention was to take photographs of dogs outside their real homes. But it became limiting to depend on finding a great dog and a great house in the one place.”

So, he photographed the dogs and houses separately and then got to work. 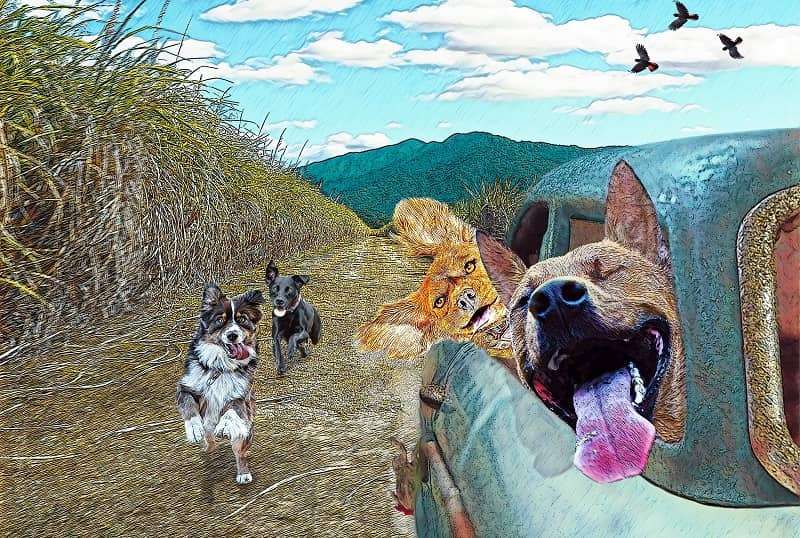 “That’s where the fun really started, matching a dog with a house. I made my own blends of homes and dogs and stories. It became limitless, really.

“The basis of the works is that they’re constructed from photographs and used like templates. Then I paint over the top of them, electronically. It’s hyperrealism. 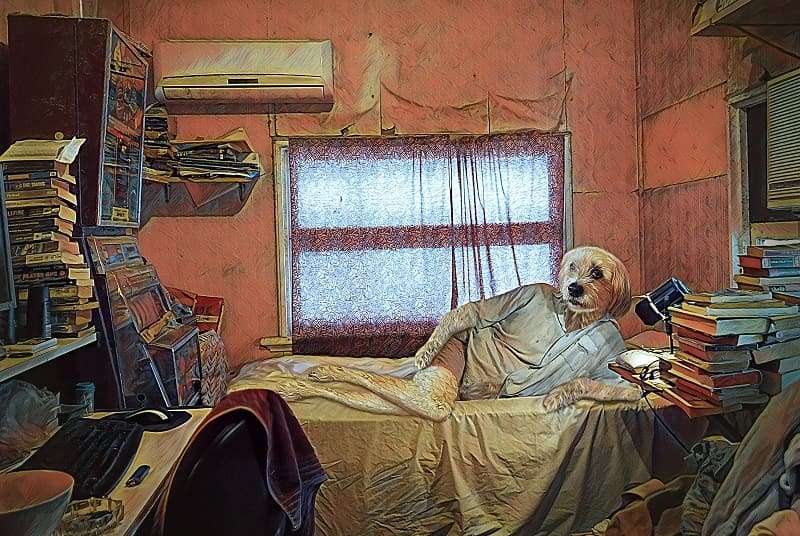 “I’m a photographer, artist, painter. All those things are just blurred now. I just go for it and every piece is different.

“I’m now doing commissions from people who want a like interpretation of their own pets out the front of their own homes.

“A new series has emerged from this of fusion portraits where I create a new being from an amalgam of pets and their owners.” 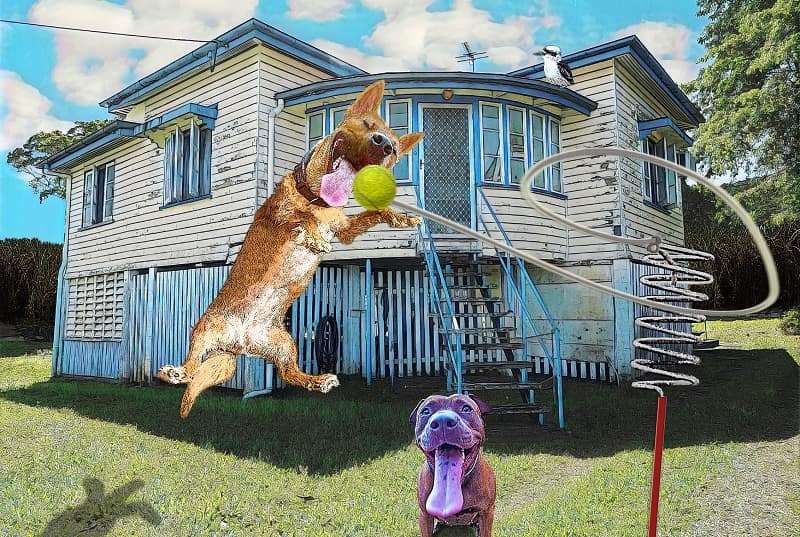 Mark’s love of dogs is well known in the far north where he’s rarely seen at LGBTIQ events without his adorable bosswoman Rosie, one of North Queensland’s most popular canine citizens.

Rosie also consented to model for the collection. 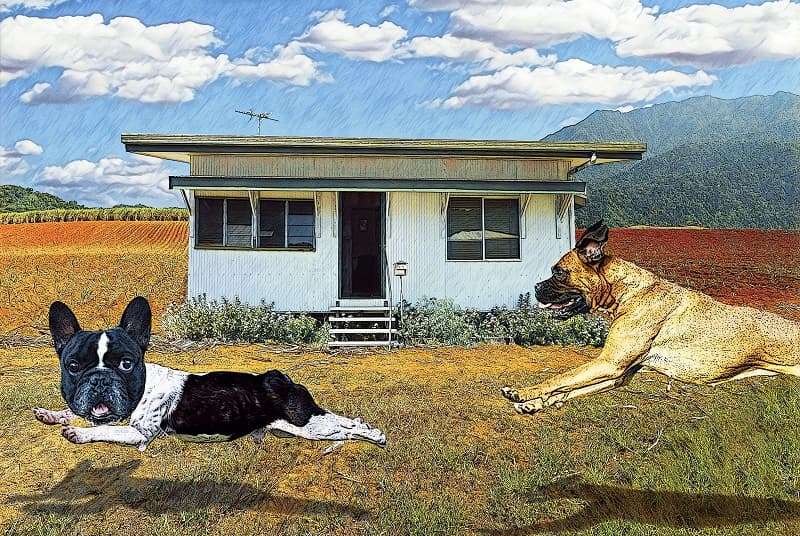 In addition to the exhibitions Mark has made a calendar of the images with part proceeds going to YAPS animal shelter outside of Cairns.

“The calendar was just a trial, but it has been really popular with sales from as far away as the US and Ireland.”

To see more of Mark’s quirky artwork check out his website here.

Brisbane Pride Festival shares the pride across Queensland this year