After talking to Matthew Mitcham this week, QNews Magazine is confident this much-loved LGBTIQ icon will be making a splash for years to come.

As documented in his autobiography Twists and Turns, Matthew overcame massive personal challenges during his record-breaking sports career. In 2016, Matthew retired from sport to focus on his university studies and his career in arts and performance.

Having recently completed his major in linguistics he continues to study performance. Mitcham began his showbiz career when he performed as MC at the 2013 Melbourne Cabaret Festival and subsequently turned his autobiography into a cabaret show which premiered at the 2014 Fringe World Festival before touring Australia.

Matthew told QNews Magazine, “I am now one hundred percent sports free with not a single relapse during the three years since I moved on. With sport behind me, I am focused entirely on my performance career.”

Brisbane born and bred, Matthew remains a constant visitor to his home state and this October is heading up to Cairns to perform his show Up Close and Personal during the Cairns Tropical Pride Festival.

Up Close and Personal takes the audience on a journey with song, dance and a catalogue of jokes Matthew has written over the past two years.

No stranger to Cairns, Matthew performed Twists and Turns during 2017 Cairns Tropical Pride at the Centre of Contemporary Arts and proved such a hit the organising committee determined to expose him to a wider audience in 2018.

This year Mitcham will be performing, with Matthew Ogle at the piano, during Cairns Tropical Pride Fair Day at the heritage listed Tanks Arts Centre and making a special guest appearance at Queer Spring Break II at Turtle Cove Beach Resort.

Cairns Tropical Pride Acting President Jay Horne said, “After the feedback from last year’s performance, we knew we had to bring Matthew back to Cairns. He is a born entertainer and an amazing role model for the LGBTIQ community.

“Young LGBTIQ community members can look to him for inspiration that we can be our true selves and still achieve anything by a determination to live life to the fullest.”

Cairns Tropical Pride is promising to turn the north rainbow this spring with the Cairns Tropical Pride Festival, from October 12 to 14. With headline acts Matthew Mitcham and drag superstar Karen from Finance this year’s festival promises to be as camp as the proverbial row of tents.

Festival co-director Jack Foulstone said, “In celebration of the diversity of our rainbow coalition, in 2018 all festival events are designed to be inclusive of the entire spectrum of the queer rainbow.

“Pride is for everyone and at Cairns Tropical Pride we celebrate both our differences and our commonality.” 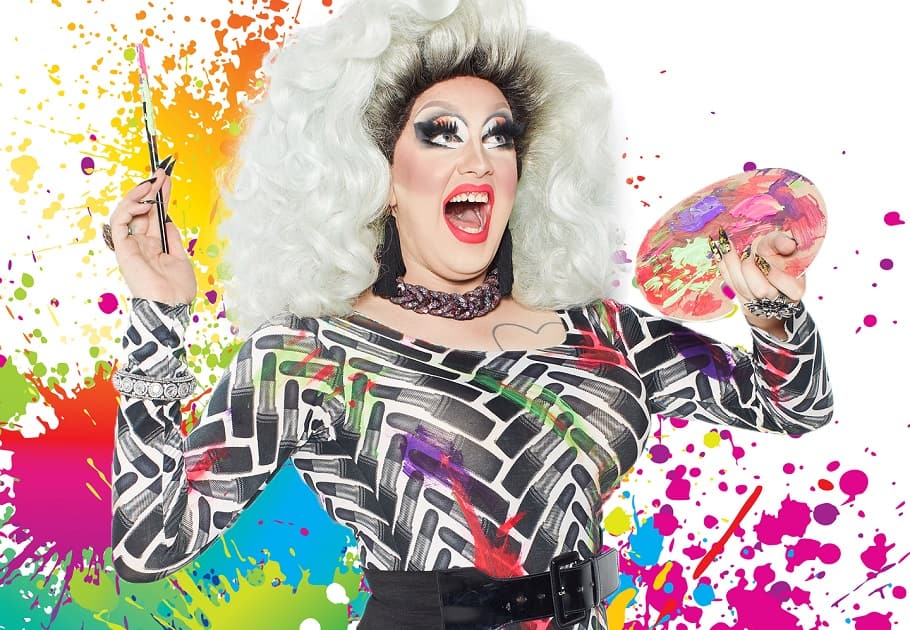 The festival kicks off with Some Enchanted Evening, a wearable art ball launching both the festival and the month-long Tropical Gaze Art Exhibition.

“The ball will be held in our art gallery, a giant heritage-listed concrete tank,” Foulstone said.

“We’ll be dressed to impress, surrounded by fine art and serenaded by classical musicians. We may even attempt a Viennese Waltz before the promised Down and Dirty Drag Queen Beat Mix Brawl.”

On Saturday, October 13th, the day starts with a rainbow flash mob at the Rainbow Crossing installed each year for the Festival by Cairns Regional Council on the most picturesque street crossing in town, adjacent to the Cairns Lagoon. The flash mob then moves up the street for the official handover of the first LGBTIQ collection in the Cairns Museum.

That afternoon the action moves to Turtle Cove Beach Resort for Queer Spring Break II, the festival party. A secluded, tropical, clothing-optional beach surrounded by world heritage rainforest but with all the amenity of a world-renowned LGBTIQ resort comes alive with the party of the year. 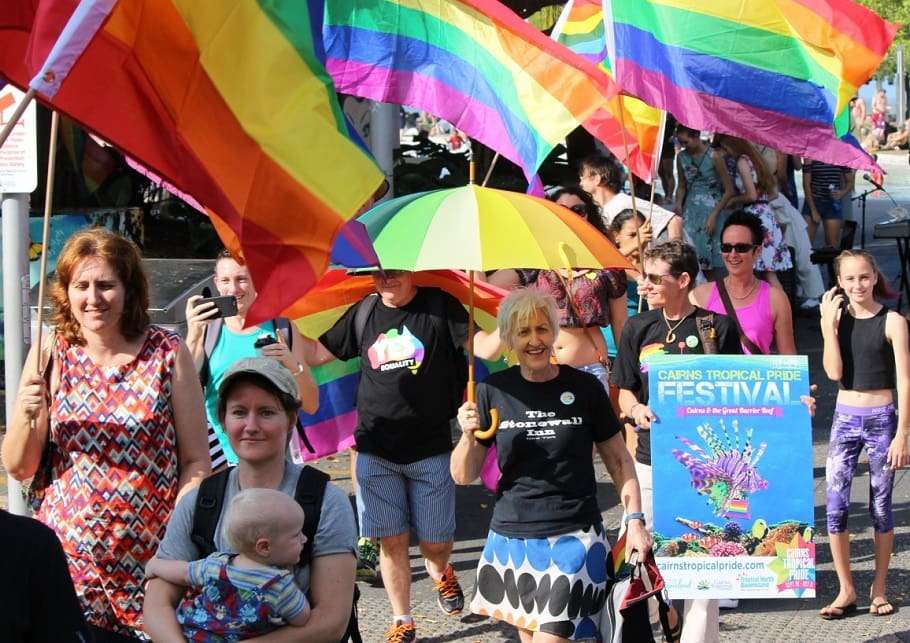 Local DJ’s provide the beats poolside with a special performance by the Merqueens in Sync or Swim, unsynchronised swimming at its very best.

There’ll be a special guest appearance by Matthew Mitcham and hectares of party space where revellers can choose to rage or chill.

“After the long fight for marriage equality, we have designed a festival in 2018 to showcase the joy of the LGBTIQ community,” Foulstone said.

“It’s time to have fun and celebrate the great diversity of our talented and resilient community.”