Founded in 1996, the group is still going strong and meets monthly at Brisbane’s Sportsman Hotel. The group’s members gathered at their monthly meeting and dinner on Saturday (September 26).

While MAM had to cancel some meetings due to COVID-19, they’ve now resumed and have even welcomed new members over the past few months.

“We managed to hold a meeting in July after we waited until the Sportsman Hotel’s capacity increased,” MAM President Noel Murphy said.

“What it’s all about is mature age gay men getting out enjoying themselves, camping it up and having a bit of fun.”

Noel joined the Sydney group Mature Age Gays when he moved there for eight years. He then later returned to Brisbane and sought out the local equivalent, MAM.

“It was only a small group at that time, but we’ve really built up since then,” he said.

“Now we have about 75 members. Over the last few months, we’ve had four more men join.

“We’re doing very well. I’ve had a great time as President and I’m proud to be a life member.” 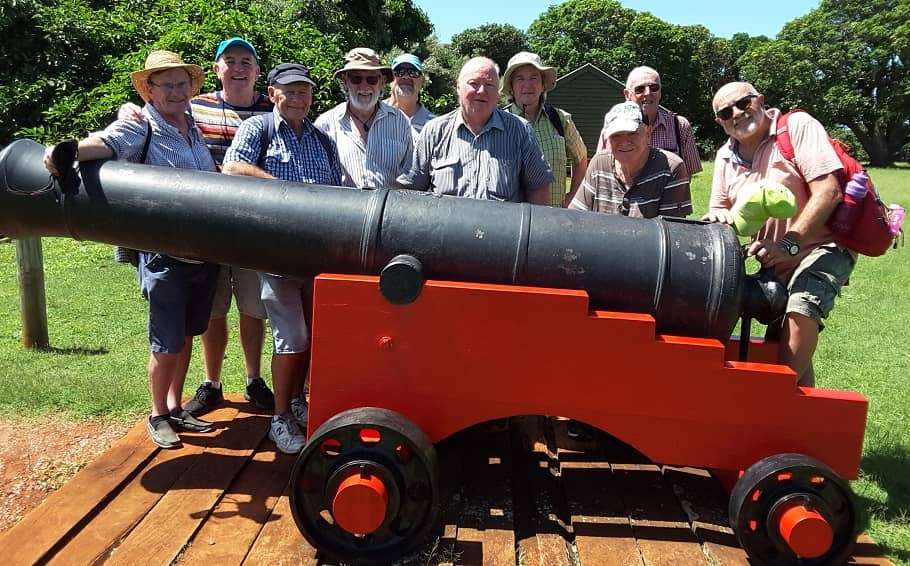 The Mature Age Men group was first formed in 1996, with an aim to allow older gay men to come together to meet and socialise.

In August that year, twelve men met at the Sportsman Hotel to discuss forming such a group for Brisbane men in their age bracket.

They’d all responded to an ad placed in the Queensland Pride newspaper by Brisbane man Findlay Veitch, the group’s founder.

The group continued, and member numbers eventually grew as they placed more ads. MAM held the first AGM at the end of 1996, and were incorporated two years later.

Founding member Bill Thurgood, who proudly carries MAM membership number “1”, is still with the group and came along on Saturday.

MAM Secretary Wally Cowin only joined the group a few years ago, but remembers its inception.

“Twenty-five years ago, Findlay Veitch visited me at the Queensland Pride office at Mt Gravatt to place the first ad,” he said.

“Little did I think back then, that one day I’d become a member.”

Mature Age Men will next meet at the Sportsman Hotel in Brisbane on October 31. 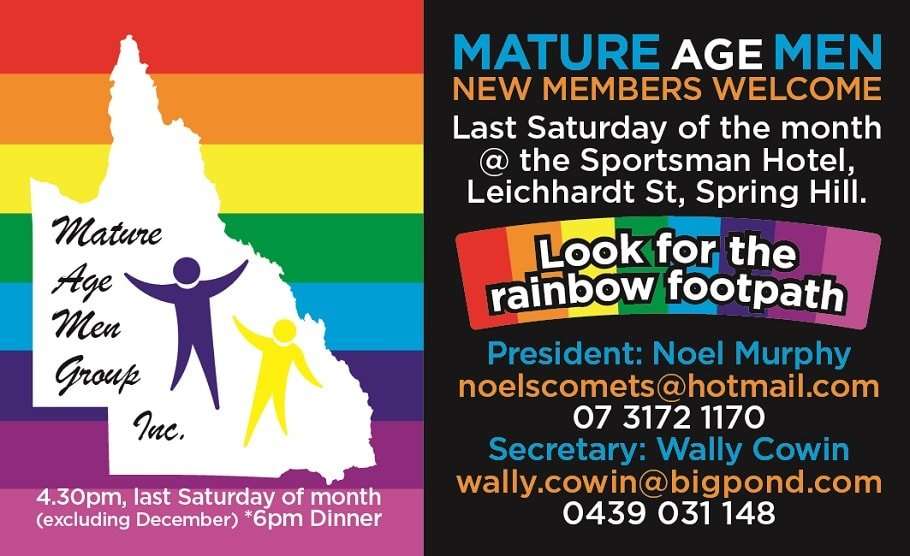