Past and present members of the Brisbane Pride Choir will reunite to celebrate the group’s 20th anniversary with a special performance this Thursday.

The group will celebrate both their milestone and last year’s “yes” vote for marriage equality at the Brisbane Powerhouse as part of the MELT queer arts festival.

“The whole concert is a look back over our 20 years, but with a few new pieces in there as well,” the Brisbane Pride Choir’s current musical director Tim Smetham said.

“Paul Jay has helped us out with both the MELT Festival concert and our performance at the Commonwealth Games’ Sparkle in the Sand event (pictured) in April.

“Candy’s performance of Conchita Wurst’s ‘Rise Like A Phoenix’ is just stunning.”

Tim said the group is also celebrating the legalisation of same-sex marriage in December, and the group were very busy last year during the “yes” campaign for marriage equality.

“We really tried to take the campaign out into the broader community with concerts and fundraisers,” he said.

“We joined with another mainstream choir, something we’re keen to do more and more. Things have really changed from the early days, and we don’t have to hide away anymore. It was like that for a lot of people.” 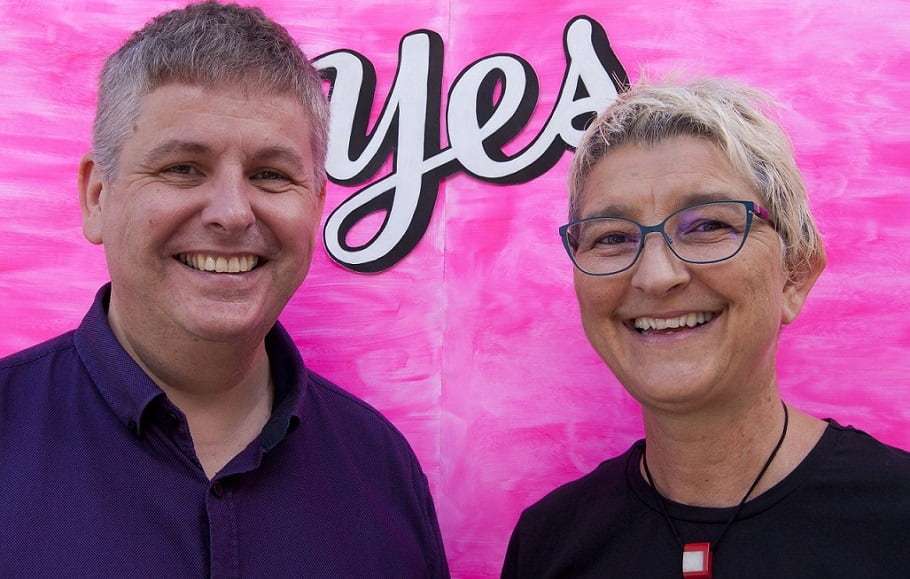 Marina Thacker (pictured above, right) was the group’s musical director until 2011 and she said the Brisbane Pride Choir first performed 20 years ago at the 1998 Pride Festival in Musgrave Park.

“The Pride Collective organisers called me and told me they’d applied for a Brisbane City Council arts grant to start a gay and lesbian choir,” Marina recalled.

“I’d seen the Sydney Gay and Lesbian Choir, who were founded a few years ahead of us. At the time there was nothing like it in Brisbane, if you wanted to meet gay people you had to go to a bar.

The choir first started at the South Brisbane Bowls Club next to Musgrave Park, but Marina said when the grant money ran out they had to search for another venue.

“The parish priest at St Mary’s Catholic Church in South Brisbane, Peter Kennedy, was quite progressive and they were happy to have us. We rehearsed there for the next 10 years,” she said.

“But when Peter got sacked we left in solidarity because we didn’t think the next priest would want us.” 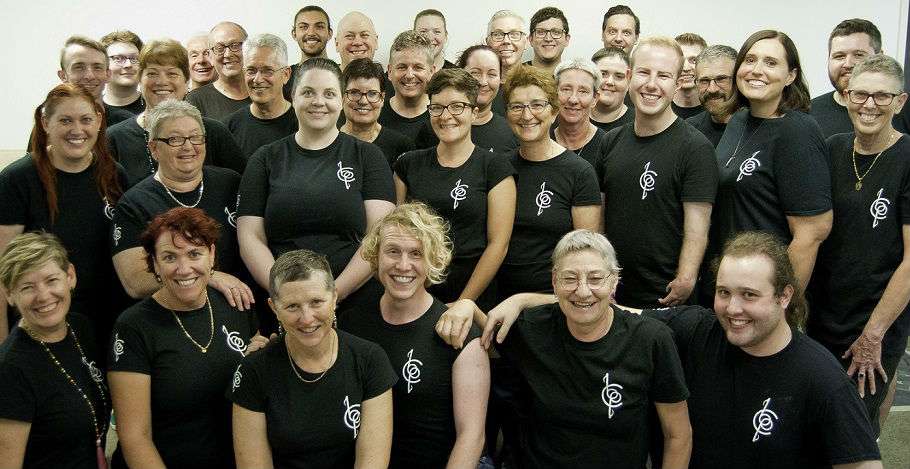 Marina said discrimination was “alive and well” at that time, and the choir faced a few incidents where they were rejected and threatened.

“When we went to Toowoomba one year to sing and the mayor said, ‘If that sexual choir sings in the youth centre, I’m closing the centre,'” she said.

“We couldn’t believe it. He was really threatening the locals and not us, we felt terrible. We asked them if they still wanted us to come and they said yes.

“Another was a concert in St Mary’s one year, the night before the Pride festival. All these right-wing catholics said they would come in busloads and shut down the concert. They didn’t show.”

In the last 20 years, the choir has travelled overseas a number of times, including trips to the USA and Ireland, as well as performances right around the country.

“Some of the most moving performances we did were at the AIDS Candlelight Vigils in Brisbane,” Marina said.

“In the 1990s, the AIDS struggle was still quite real. That’s one event that the choir has always tried to support.

“The absolute standout event would have to be the choir’s performance at the Sydney Opera House during the 2002 Gay Games.

“We sang with gay and lesbian choirs from Asia, Europe, New Zealand, all over the Pacific. To be on the Opera House stage, it was just spectacular.”

For tickets to YES! Brisbane Pride Choir: 20 Years On Stage and the full MELT Festival lineup, visit the Brisbane Powerhouse website. For more information about the Pride Choir, visit their website.