Tributes have flowed for Patricia Nell Warren, the lesbian author of groundbreaking gay novel The Front Runner, who has died at age 82.

The novelist, magazine editor and activist (pictured) is best known for the 1974 book, which centred on the love story between closeted coach Harlan Brown and out runner Billy Sive.

The Front Runner became the first modern gay novel to achieve commercial success and make it onto The New York Times’ bestseller list, with the newspaper calling it “the most moving, monumental love story ever written about gay life.”

Another aspect of Warren’s novel’s legacy is the establishment of LGBTIQ-inclusive social running clubs of the same name in cities around the world, including in Brisbane 18 years ago.

“The Front Runner was one of the first gay novels I read, and for me it just highlighted the fact there were other closeted gay men around,” Brisbane Frontrunners coordinator Ray Moore told QNews Magazine.

“It helped me realise that I wasn’t that different to many others who were going through the same thing.

“Patricia’s novel inspired many gay runners over the years and led to the formation of ‘Frontrunner’ groups all around the world, in dedication to the character in her book.

“The Brisbane Frontrunners started 18 years ago and now we have over 100 members, and growing all the time.” 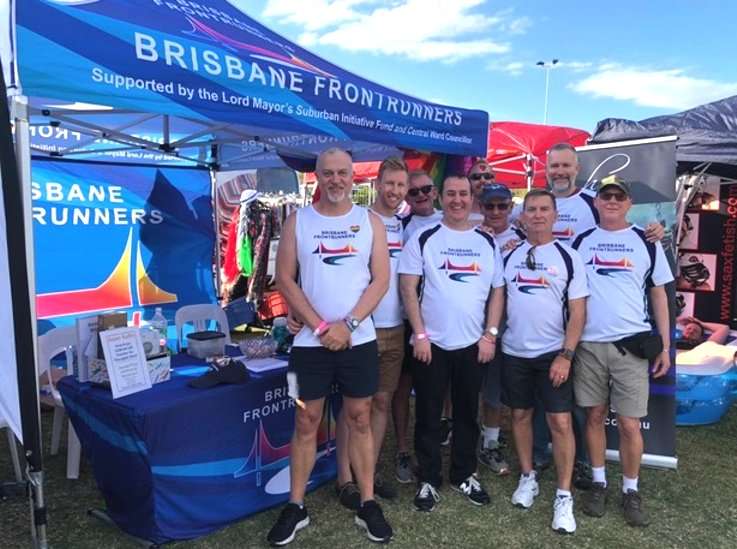 ‘The world has lost an amazing talent’

Writing on the book’s website, Warren said as well as reaching queer people, she hoped The Front Runner would break down stereotypes in the minds of heterosexual readers.

“One big reason why I wanted to paint the story so broadly, yet so personally, was that I hoped non-gay people would read the book as well as gay people,” she said.

“Hopefully, the story of Harlan’s inner battle, his defeats and his victories, would spark the sympathies of as many people as possible.

“When the book was written as well as today, stereotypes of gay males as limp-wristed liberals is embedded in people’s minds.

“Harlan is a crusty gay ex-Marine, a drill-sergeant kind of guy. I wanted to confront readers with the inner reality of such a man because I know they exist.”

A friend of Warren’s, John Selig, honoured the novelist as an “amazing talent” in a tribute on his Facebook page.

“Patricia has been the kind of friend that one is lucky to find once or twice in a lifetime,” he wrote.

“[She] was a phenomenal writer who loved to garden and cook. She was the best historian I have ever known and a master researcher for all of her writing, both fiction and non-fiction.

“The world has lost an amazing talent today. I have lost a friend who has changed my life. RIP Patricia. I will love and miss you always.”

Among Warren’s ten published novels were Front Runner sequels Harlan’s Race in 1994 and Billy’s Boy in 1997. In 2017, Warren announced she was working on a fourth and final installment.