At this stage it’s becoming predictable to claim “[insert title here] is the greatest Marvel movie yet” as each new film is released. And though some of the entrants in this expanding cinematic universe are arguably worthy of such praise (last year’s Thor: Ragnarok a recent example), and Black Panther is indeed a strong picture, it’s better to judge the films on their own merits and not as chapters in the Marvel storytelling guidebook.

Panther ticks all the mandatory boxes for a Marvel film: elaborate set pieces, humorous exchanges, likeable yet flawed heroes. Is it the best yet? That’s debatable, but where Black Panther does excel is in painting its familiar story with a fresh-enough coat of colours.

There’s also a deeper sense of purpose here as director/co-writer Coogler respects the native African culture the film adopts. It drives home the importance of heritage and tradition in defining the sequences set within the fictional landscape of Wakanda, the homeland to the titular Black Panther (Chadwick Boseman).

The plot is set in motion as Black Panther is crowned King of Wakanda after the untimely death of his father (a moment featured in Captain America: Civil War). As well as fighting to maintain his place upon the throne, he’s contemplating his future as ruler of a nation that houses the most advanced technology (un)known to the majority of humankind.

Then an arms dealer (Andy Serkis) and a mysterious mercenary (Michael B. Jordan) make their brutal entrance in a bid to overthrow Black Panther and claim the power of Wakanda for themselves. 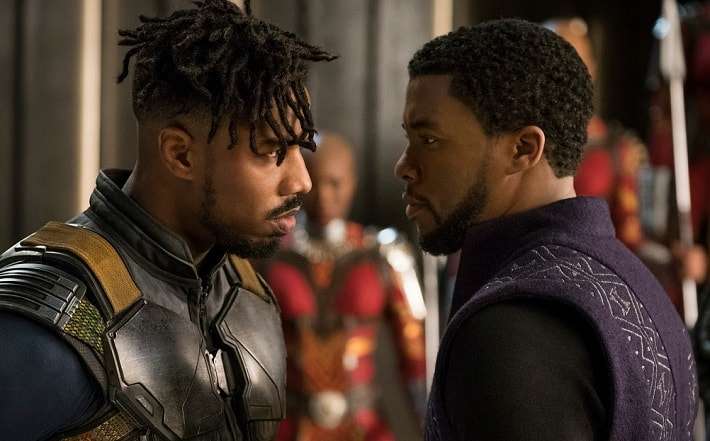 That may sound simple but it proves compelling, and a lot of that stems from Coogler’s decision to showcase a plethora of strong female characters as the forces that drive the story forward.

If Wonder Woman was a shining example of how women can be equal to men in the same genre constraints—is this where we hold out hope for gay superhero representation?—Black Panther does one better.

It highlights the strength and abilities of women of colour with a trio of characters that run the risk of stealing the film’s focus.

There’s Lupita Nyong’o as Nakia, an operative of the Dora Milaje, the all-female special forces of Wakanda, Danai Gurira as Okoye, a traditionalist who serves as the head of the Dora Milaje, and Letitia Wright as Shuri, Black Panther’s tech-savvy younger sister whose innovative mind fuels the future of Wakanda. 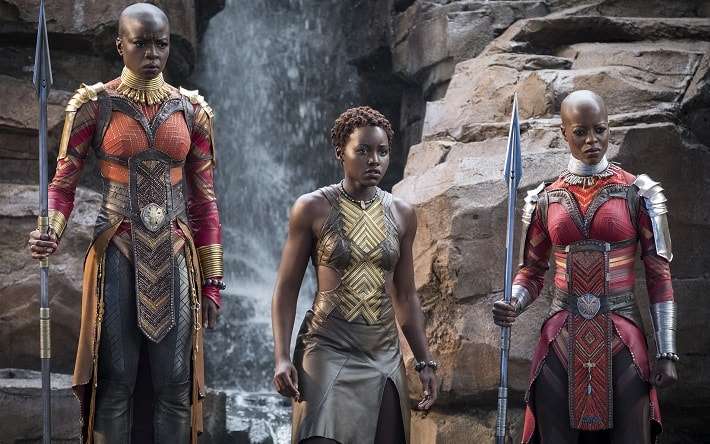 At times surprising in its emotional resonance, Black Panther succeeds in its attempt to buck the trend of Marvel origin films while staying faithful to the story archetype as to not upset the purists.

Vivid and imaginative outside of the usual beats we’ve come to expect, Ryan Coogler’s film is another successful instance of calculated risk-taking by a studio who are finding that their strength lies in exploring the road less travelled.

Black Panther is out this Thursday, February 15. Watch the trailer below:

Everybody’s Talking About Jamie: The true story of a teenage drag queen

Review: Cinderella is the camp remake we didn’t know we needed