Every New Year’s Day, Cadbury’s resurrect an ovate chocolatish confection filled with fondant known as the Cadbury Creme Egg. This year, the egg managed to inspire petitions on both sides of the Atlantic. And not the usual ‘shops put Hot Cross Buns out earlier every year’ type of whinge. These complaints arose because bigots feel persecuted over an advertisement for the sugary treat which shows a gay chocolate kiss.

Join the conversation with a comment below the article or subscribe for a twice-weekly email summary of the latest LGBTIQ+ news.

The Cadbury Creme Egg consists of a cocoa outer shell filled with yellow and white fondant to mimic a soft-boiled chook egg. Sales of the product run from New Year’s Day until Easter Sunday annually. The egg is ultra sweet and gooey AF. So, with over 200 million of the things sold annually in the UK, Cadbury launched a Golden Goobilee ad campaign for the product’s 50th-anniversary.

Ten seconds of the 54-second ad shows two men enjoying the treat including 3 seconds of them kissing with a Creme Egg in their mouths. OMG! Two men kissing… with chocolate! Forget COVID, world poverty, climate change and the Kardashian-West divorce. This is a far more pressing matter.

Since the launch of the ad, over 30,000 dipshits signed a petition on the Britsh website of the ultra-conservative advocacy group CitizenGO. The petition accuses Cadbury of “trying to cause gratuitous offence to members of the Christian community during the most important feast in their calendar.”

“Exposing children to sexualised content constitutes a form of grooming. It is well-known that children will often copy what they see on the screen.”

Meanwhile, in the US where COVID fatalities will number over half a million this week, an organisation called One Million Moms decided it should have a whinge too. Despite the ad not showing in their country, over 30,000 outraged Americans signed a pledge not to buy the eggs.

“I’m not buying into your social agenda to push homosexuality. Your latest ad offends me and many other Christians who celebrate Easter with reverence and respect.”

Despite its name, the organisation does not comprise one million moms. As GLAAD points out, “it is basically One Meddling Mom with an agenda.”

Following GLAAD’s lead, QNews today compared our website Alexa ranking with that of One Million Moms.

One Million Moms, despite 328 million Yankees so far surviving COVID, the Texan weather and Ted Cruz, only ranked at 995,738 in the world for global internet engagement. Readers spent an average of just 2.36 minutes on the One Million Moms website.

By comparison, QNews, way down here in Australia with a population of just 25 million, ranked at 97,581 in the world. Visitors spent an average of 14.34 minutes reading our content.

It appears One Million Moms possesses far fewer fans than their name suggests. Those fans are also not particularly engaged with the organisation’s content.

Pagans celebrated the egg as a symbol of fertility and rebirth long before the crucifixion of Jesus Christ. However, eggs became associated with Easter during the Middle Ages. The Catholic Church banned the eating of eggs during Lent at the time. Thus, Christians looked forward to eating them on Easter Sunday.

For any vegans distressed by this content, don’t forget the Marks and Spencer Vegan Eggplant — the non-dairy Easter treat. 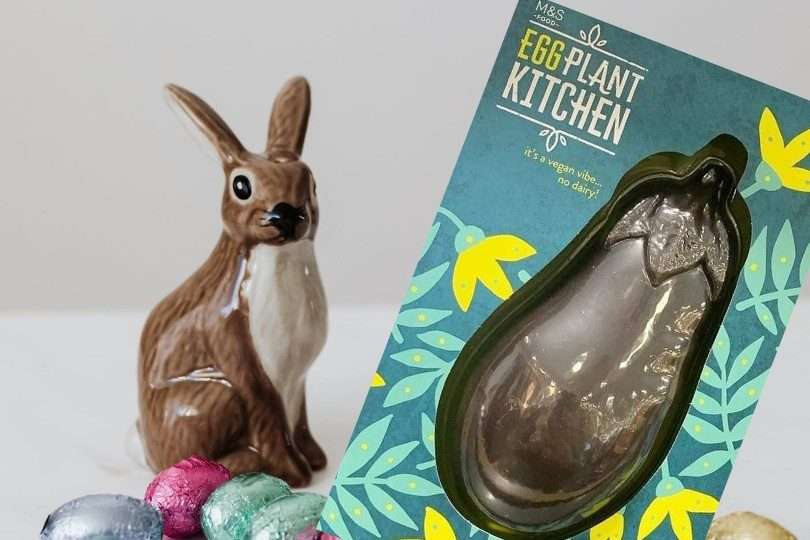 And for those not content with just one indulgence at a time, follow the link in the below tweet for the recipe for a Creme Egg inspired Martini. You can have your egg, and drink it too. And we won’t take up a petition if you roll the drink around yours and your partner’s tongue — or anywhere else.

The sordid history of gender testing and the Olympic Games