Regular viewers of The Project think that the show’s regular co-host Hamish Macdonald is marrying his partner Jacob Fitzroy.

For just over a month now, the 40-year-old journalist has been wearing a ring on his wedding finger while appearing on the Network 10 program.

Hamish introduced his boyfriend Jacob (above) in 2019, coming out publicly for the first time.

The pair held hands on the red carpet at the GQ Gentlemen’s Ball in Melbourne that year, prompting a flood of excitement at the time.

The couple also shared a sweet kiss in a photo booth at the event that was shared to Instagram.

Hamish deleted his public social media accounts mid-last year and in July, he stepped down as host of ABC’s Q&A and returned to The Project. 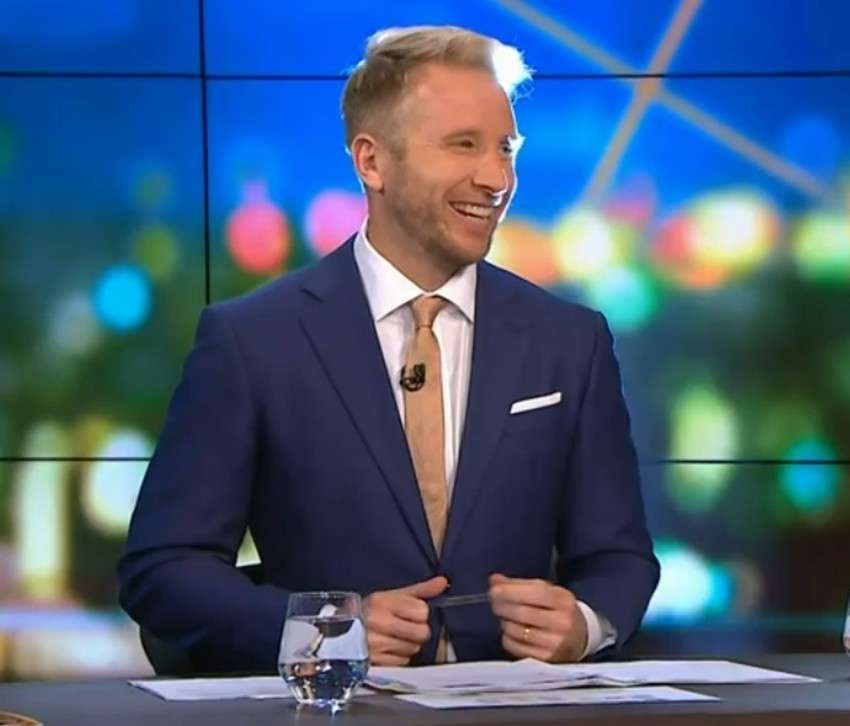 During the Mardi Gras telecast this year, Hamish Macdonald told host Courtney Act it was “a bit of a surprise” to see he and Jacob’s sweet moment “become such news”.

“I did something that felt to me the most natural thing in the world, which was hold Jake’s hand,” he said.

“It was really a very simple gesture of care.

“We were kind of flooded with messages from all over the world from people saying how happy they were and what it meant.

“I feel really proud to make it really clear that we should all be able to be who we are, come what may.”

Hamish Macdonald says he ‘didn’t know such happiness was possible’

“He’s my best friend and I just feel tremendously lucky to share our lives together,” he said.

“He’s… I got a bit emotional. He’s really the best person I know. He makes life pretty fun. I didn’t know such happiness was possible.”