But Big Brother has now officially released more of the cast in a teaser for the upcoming season.

Back in October last year leaks of the upcoming cast started after Channel 7 dropped its first teaser.

Originally dubbed in the rumour mill as Big Brother Back To The Future the format boasts fan favourites returning to the program to compete against a new cast.

QNews reported at the time that Farmer Dave, Tim Dormer and Tully Smyth would compete. As well as season three winner Reggie and 2012 contestants Layla and Estelle.

The latest trailer has confirmed these rumours with some extra names for good measure.

Other returning players include Drew (2103) and Trevor the winner of the 2004 season.

The latest trailer labels the season as “Contenders” Vs Big Brother “Royalty and marks the 21st birthday of the program.

Farmer Dave, otherwise known as Dave Graham is arguably one of the most popular housemates of the franchise.

Competing in 2006 the lovable farmer famously came out during his season on the show.

After coming third place in his season he has continued to keep himself busy.

Farmer Dave has competed on Dancing With The Stars and appeared on Australian Story.

In between farming, he’s a professional dog trainer, has fathered several children as a donor and even tried his hand as a wedding celebrant.

The famous farmer now runs a program in the outer suburbs of Sydney helping keep disadvantaged youths off the street.

It’s been sixteen years since he last competed, but no doubt he’ll make a big impact again. 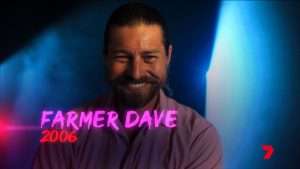 Tim Dormer is known for being larger than life on his season of Big Brother.

The 2013 contestant went into the show with a bang and kept audiences entertained from start to finish.

Dormer entertained the house with his pranks and his loving friendship with queer housemate Benjamin Zabel.

However, it wasn’t until after winning the show that Tim Dormer announced his sexuality.

Dormer and former partner Ash Toweel were set to wed back in 2017.

Tim has also gone on to compete in Big Brother Canada and Celebrity Apprentice Australia.

Given the new format of the show, Tim is the one to watch.

Tim is the only returnee to have played under something like the new Big Brother format during his time on the Candian version of the show. 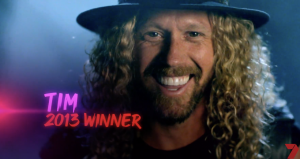 Tully Smyth also made a huge impact on the 2013 season with Tim Dormer.

But it was not her relationship with Tim that caught the attention of the public.

Tully famously entered the house announcing she was in a relationship with a woman.

However, during her time on the program, she hooked up with and began a relationship with housemate Drew.

The viewing public didn’t take kindly to the relationship and Tully Smyth copped a lot of backlash during and after her time in the house.

Drew is also returning for this season, we can’t wait to see how this turns out.

Since leaving the show she has written about the effects of the time on the program on her mental health.

She has spoken out about the effects of reality television programs on the contestants and how they are treated online. 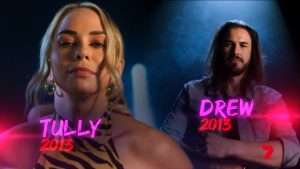 Joining the returnees are an interesting array of contenders thrown into the mix.

The newest trailer below gives a quick glimpse at what we can expect from these contestants.

Meanwhile, entrepreneur Aleisha is a very good liar, who says that lying comes scarily easy to her.

Probably the most interesting so far is Sam, the intimacy coach.

Naturally, we see Sam in a bikini stretching against a wall as she explains the art of seduction.

Of course, rounding out the bunch of contenders so far are Josh and Joel.

Both with no shirts, Josh being the ex-model and Joel being a fitness coach.

A date for the 2022 season has yet to be announced.

Why is Heartstopper not in the running for the Primetime Emmys?

Are we finally getting a Mitch & Cam Modern Family spin off?

Hacks is set to return after surprising season finale