It’s Bisexual Visibility Day today and to celebrate, QNews.com.au has put together a list of some of the most iconic bisexual celebrities of all time.

On September 23 every year since 1999, Bi Visibility Day has celebrated the “B” in LGBTIQ.

The aim of the day is to fight bi erasure and discrimination and to encourage the wider community to recognise and celebrate bisexuality.

Scroll down to see our list of some of our favourite bi-cons.

#InStyle25 I’m so honored to be a part of this issue @instylemagazine 📸 @helenachristensen Wearing @flowerbeauty Mix N Matte in Tickled Pink on my lips and something new from #flowerbeauty on my eyes- coming soon!

This beauty has been gracing screens for more than three decades and in 2003 the Charlie’s Angels superstar came out as bisexual.

In an interview in the early 2000’s Drew said, “I love a woman’s body… being with a woman is like exploring your own body, but through someone else.”

Well put, Drew. We really couldn’t have said it better ourselves.

Today is the day my father (Richard Pryor), the greatest comedian of all time, passed away from Multiple Sclerosis in 2005. Words can not express how much me and my family miss this man. He made his mark on this earth and will never be forgotten… Which is the greatest gift to know that he will always be remembered. I will always remember his wisdom, love and laughter. I’ve always carried these wise words he once told me… “Asian pussy is slanted.” -Richard Pryor #thegreat #richardpryor

Richard Pryor is the epitome of comedy, but what a lot of people might not know is that he was also bisexual.

The comedian used to make jokes about being bisexual in his stand up shows in the 70’s but most audiences didn’t realise the skits held truth.

After his death, Richard’s wife Jennifer confirmed his sexuality in an interview with TMZ saying the late comedian documented his relationships with men in diaries.

This Green Day front man has been very candid when it comes to discussing his sexuality revealing in a 1994 interview that he has always liked both men and women.

Wake you up when September ends? No, Billie. Wake up now, it’s #BiVisibilityDay.

what is wrong with this picture? #willandgrace #tonight #9pm @nbc @nbcwillandgrace

Honey what is this? What’s happening? What’s going on? Megan has been very open about her bisexuality, even playing one on Will and Grace.

Despite being married to the hilarious Nick Offerman, Megan says she is also attracted to women.

In 1999, Megan told The Advocate she feels everyone is “innately bisexual”, and open to exploring more of sexuality.

This rings true for her character Karen too, who catches feelings for Nikki (Samira Wiley) in the Will and Grace reboot.

Yay for bisexual celebrities throughout history!

This Hollywood heartthrob told of his sexuality back in 1976 when he admitted to engaging in affairs with men and was quite proud of it.

“Like a large number of men, I, too, have had homosexual experiences, and I am not ashamed,” the actor said in a 1976 French interview.

Good for you, Marlon. There’s no shame here.

Daniel is every bisexual’s dream.

The Walking Dead hunk revealed his sexuality in a video and on Twitter back in 2017 and has since been an active voice in the LGBTIQ community.

He wants Hollywood to start producing accurate representations of queer folks by moving away from the generic “sob stories” which are portrayed on the big screen.

Check him out here talking all things bi.

I couldn’t be more proud of every single person in that crowd and around the world today. This community inspires me so much. Your courage, your bravery, your relentless pursuit of kindness. Celebrate yourselves today, and hopefully every day. I love you. #PRIDE 📸 @gr8images @gettyentertainment

You just know we had to include our queen. With lyrics like: No matter gay, straight, or bi / Lesbian, transgendered life / I’m on the right track baby / I was born to survive, Gaga has been an avid activist in the LGBTIQ community.

What makes that even better is that she is a bisexual celebrity herself.

The Perfect Illusion singer has been very vocal about her sexuality and with tracks like Born this Way and Hair, Lady Gaga has been the support we queers didn’t know we needed.

LA fans! Get your tickets for the @LALGBTCenter ‘Hearts Of Gold’ celebration on September 21st, featuring Sia & many more. Link in bio 🏳️‍🌈 – Team Sia

Vocal assassin Sia came out as queer in 2013, tweeting that she has had relations with both men and women.

She can often be seen hiding her face but the Chandelier singer is not afraid to open up about her sexuality. That shouldn’t come as a surprise.

We all know she has thick skin and an elastic heart. So elastic it extends to all genders.

Yep, Keiynan is a bisexual celebrity too. This Aussie babe is most known for his role in Love, Simon where he played a closeted teenage boy who falls in love.

Keiynan has said coming out has made him feel more free and he loves being a role model for younger LGBTIQ individuals.

He often makes the distinction between being homosexual and bisexual, urging others to understand the difference. Look at our little bi-baby making it. Look at him go. 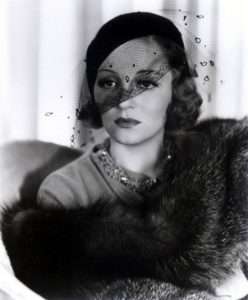 Tallulah Bankhead’s bisexuality is one for the ages duh-ling.

A self-confessed “ambisextrous”, this 1930’s film star had relations with both men and women.

Introduced to sex with females at sixteen, Tallulah is rumoured to have slept with the likes of Billie Holiday, Greta Carbo, and Hope Williams. “If I’m running late, start without me!”

Happy Bi Visibility Day from all of us here at QN Magazine!