Blair Martin is a Brisbane based actor, writer and the founder of his own entertainment company which specialises in corporate entertainment, training and team building concepts. Blair has many strings to his bow ranging from wildly colourful comic characters to MC services including the famous 'Braincrackers Team Quiz' and the ever popular Fawltie Towers.

Blair Martin is also an experienced MC with nearly 20 years of being in the business of making events flow smoothly and seamlessly. Having worked with audiences in excess of 10,000 people, and has worked with a variety people in entertainment, sport, public life and politics. Whether it is a character MC or a standard, traditional format, Blair Martin can effortlessly co-ordinate your event.

Blair’s team building is known as “Re-Evolution: Build A Better Team” because he will “re-evolutionise” your team to meet the outcomes you expect from his corporate training and teambuilding sessions. He offers a number of colourful, fun and purposeful concepts to help you achieve outcomes.

Another team experience is based upon corporate acting, where Blair supplies professional actors to work within an organisation, bringing your team in contact with archetypal clients and customers. (However, without the blood, sweat and tears of the ‘real world’ to stain the office floor coverings.)

Braincrackers Team Quiz is not your ordinary trivia contest. While there are rounds focussing on sport, music, film, television etc., the flexibility of the format means that questions and trivia challenges can be written specifically with your audience in mind.

Blair’s Corporate Training and Team Building Concepts are catered to the indoors or outdoors, the options are limitless, the fun endless and the results priceless. Whether it is entertainment during a dinner, a corporate team building wrap-up event, a fundraising activity or a private function, Blair Martin has a variety of theme events, shows and concepts.

Set in the ubiquitous Torquay hotel of just some 20 rooms, a bar and a somewhat “unusual” dining room, guests will have a chance to get up close and personal with three of the funniest characters in television history. Basil, Sybil and Manuel meet, greet and seat the guests in their own unique style – the acerbic, irascible Basil; the (at times) overly familiar Sybil who tries to keep things under control and the hapless Manuel for whom order is as foreign as his accent. Featuring those golden moments from “Fawlty Towers” well loved by people the world over, just be careful and “don’t mention the war!”

The “Fawltie Towers Tribute Trio” is led by award winning Blair Martin, who has had over 20 years’ experience as a professional actor and has played the role of Basil to great and sustained acclaim in Australia, Norfolk Island, Hong Kong, the UK and Ireland, gathering reviews such as “do not try to out-funny this man” (Melbourne International Comedy Festival 2010) while other international reviewers also praised his performance, “…played brilliantly…looking the part with his lean, towering figure…” (Kinsale, Co. Cork, Ireland). This experienced, professional team will bring moments of organized chaos, uproarious laughter and best of all a memorable experience. 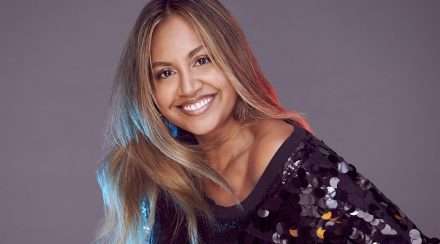 The glitterfest is upon us, the wind machine is set to roar and flame pots are primed for ignition. Eurovision—a camp event that has been going longer than the venerable Brisbane Queens’ Ball—is the “World Cup of Pop Music”, a sports event for people that aren’t into sport. Blair Martin, Brisbane radio station 4ZZZ’s roving …