Australia’s decades-long journey towards marriage equality will be chronicled in a documentary screening on SBS tomorrow night, on the first anniversary of the “yes” vote.

The documentary, titled Australia Says Yes, will look back at the emotional struggle for social and political change – from 1960’s campaigning to decriminalise homosexuality through to the postal survey’s “yes” vote last year – from the perspectives of veteran campaigners.

Peter and Bon were among the activists to bolster the movement for LGBTIQ marriage rights in 1970 with the establishment of one of Australia’s first gay rights organisations, the Campaign Against Moral Prosecution (CAMP).

The couple were featured on a 1972 ABC documentary where they became the first gay male couple to kiss on national television.

Bon subsequently lost his job, but the couple would continue to advocate for gay rights for over five decades.

Jackie Stricker-Phelps said she was “furious” at the decision and described it as a turning point for marriage equality efforts.

“I couldn’t believe that the Australian government had banded together to prevent people from being able to be happily married,” she said.

“It felt like war had been declared and I think that’s when the movement really started to swell.” 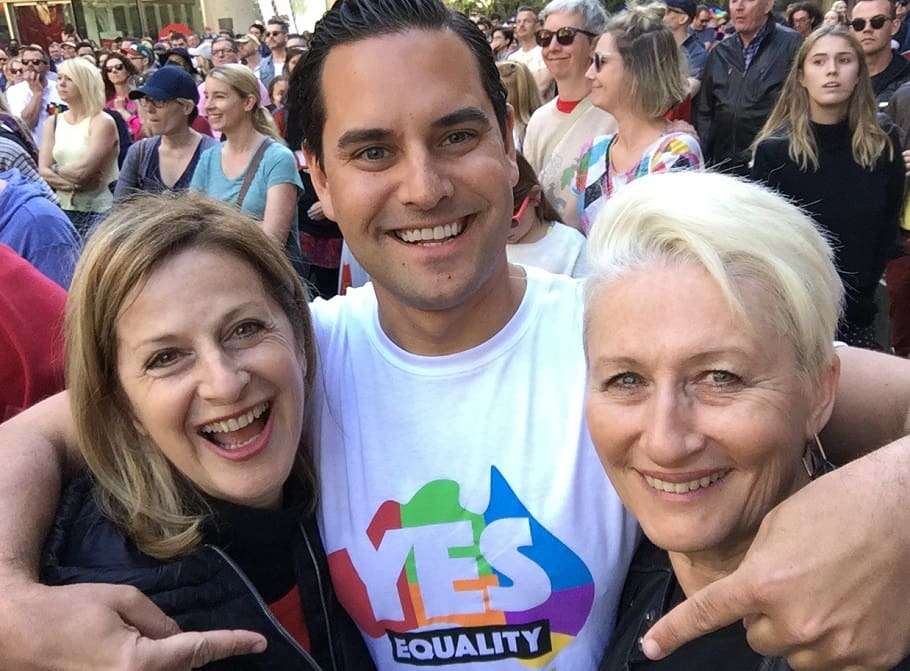 Ten years later, public approval had swelled to an all-time high, with 72% of Australians supporting the reform.

But 16 different marriage equality bills had failed to pass the parliament.

‘We couldn’t stop the postal survey’

By 2015, 19 countries had legalised same-sex marriage and Australian supporters were campaigning hard for the federal government to make a move.

Edie Shepherd, a 23-year old queer Ballardung and Wiradjuri woman and LGBTIQ activist, said she immediately saw parallels between the survey and the 1967 referendum to count Aboriginal people in the census.

“We know what it is to have an entire country debate whether or not we’re people,” she says.

“My mum’s queer too, so I’ve been thinking about this issue since before I’ve been born. It’s in my DNA.”

With only three months to mobilise, the “yes” side had to build a nationwide campaign almost overnight.

“That meant we needed to ramp up like we had never done before. We were just going to hit the ground running and we did.

“When the postal survey arrived it was 10 years of advocacy in an envelope and I thought: this is what it’s come to.

‘The most bittersweet moment’

A small grassroots movement exploded to over 80 paid staff and 15,000 volunteers, who reached out to hundreds of thousands of Australians during the course of the campaign.

The decades of campaigning had culminated in the day the survey results were announced: November 15, 2017.

After hearing the result, Magda Szubanski is seen in the film shaking with joy as she shares her relief.

“There were times we really thought we were going to lose,” she said.

“I was terrified because there are lives on the line, and I didn’t want to screw up.”

Three weeks after the survey results are announced, the marriage equality legislation was passed in the parliament on December 7, 2017. 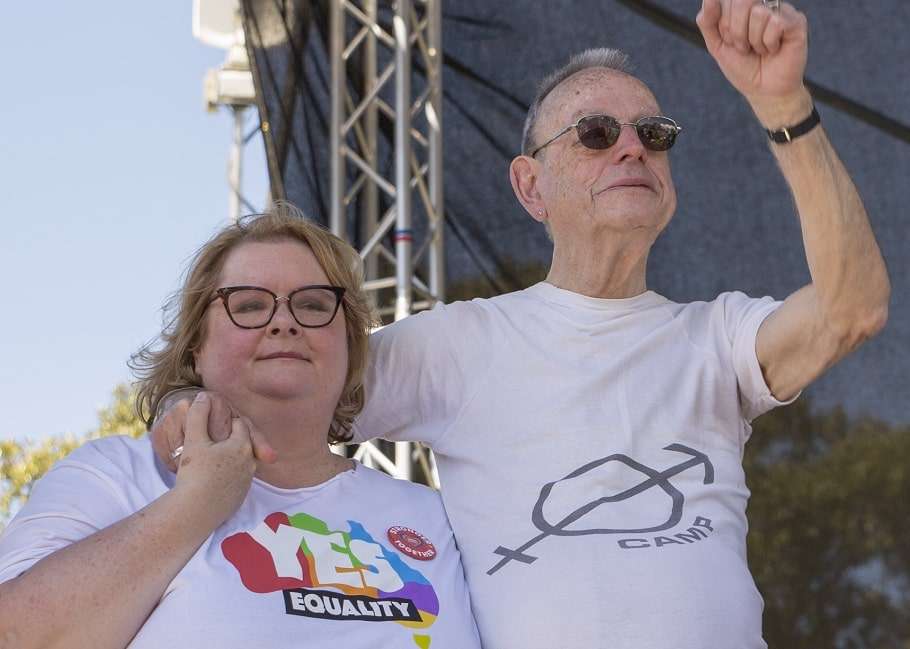 But sadly Peter lost Bon to cancer in May last year, just months before the announcement of the postal survey.

“They could have done it long ago,” Peter said.

“It’s the most bittersweet moment in my 50-years of activism.”

Since December 7 last year, over 4500 LGBTIQ+ couples have tied the knot in Australia, including more than 1000 in Queensland.

Australia Says Yes will screen on SBS on Thursday, November 15 at 7:30pm.

Kath and Kim set to return to TV this year