The Australian LGBTIQ history timeline of the twentieth century begins with male homosexuality prosecuted as a criminal act in every jurisdiction of the newly federated Commonwealth. However, the last 30 years of the century saw every one of those laws consigned to history.

While the law only explicitly criminalised male homosexuality, all members of the LGBTIQ communities endured discrimination and indeed persecution. But, by the year 2000, every Australian jurisdiction made some progress towards affording LGBTIQ Australians equality before the law.

Undoubtedly, the unjust laws, the discrimination, the persecution and the pressure to conform visited great misery on many LGBTIQ people.

However, some LGBTIQ Australians both avoided criminal prosecution and enjoyed acceptance in the general community despite being relatively open about their sexuality or identity.

Perversely, Australia even celebrated some of the very citizens that the law branded as perverts.

In 1966, with homosexuality still illegal in every part of the country, the openly gay Robert Helpmann received perhaps the country’s greatest honour when named Australian of the Year.

Openly gay Dr Bob Brown in 1983 became a member of the Tasmanian Parliament that refused to decriminalise homosexuality. In 1996, with the law still unchanged, Tasmanians elected him to represent them in the Australian Senate.

Australia’s long drag herstory includes many now forgotten but once legendary performers.  QNews remembers some of them here.

Les Girls opened in Sydney late in 1962 and quickly became Australia’s most popular stage show. For 30 years, Aussie mums and dads flocked to Kings Cross to take a walk on the wild side and enjoy the titillation and glamour provided by the cast of trans women. Carlotta, the star of the show, went on to become an Aussie icon, as legendary as Ned Kelly and better known than most prime ministers.

Aussie LGBTIQ history also includes many stories of less famous LGBTIQ Australians who enjoyed acceptance in their communities despite the laws of the time.

So why the contradiction?

It seems a strange contradiction that many would accept and even celebrate LGBTIQ people in a country with such harsh prescriptions against homosexuality. For much of the century, the law stipulated imprisonment for up to twenty years for homosexual acts. In Victoria, until 1949, sodomy remained a hanging offence.

During those years, Australia saw sustained efforts to combat pornography, abortion, prostitution, Sunday drinking, marijuana, gambling and numerous other ‘moral’ offences. Comparatively, enforcement activity against homosexual offences seemed sporadic in most jurisdictions other than Tasmania. The island state locked up more men per capita for private consensual sex than anywhere else in the world. It also inflicted the longest sentences for homosexual acts of any of the western democracies.

But in most of the country, even when men did find themselves in court, the judiciary usually handed down far lighter sentences than the law allowed.

Despite Queensland Premier Joh Bjelke-Petersen’s relentless campaigning against his state’s LGBTIQ communities, gay bars flourished throughout his time in office. Indeed, Brisbane’s annual Queen’s Birthday Ball, originally an underground event held out of town to hide from authorities, moved into the city and came out into the public eye during his tenure.

Likewise, in New South Wales, the Sydney Gay and Lesbian Mardi Gras grew from a few hundred people in its first year to an audience sometimes exceeding over half a million by the end of the century. That, despite annual entreaties from morals crusader Fred Nile to his god, begging the Almighty to rain the event out.

Although homophobia remained pervasive in Australian society throughout the twentieth century, it seems homosexuality remained of minor concern to the general public. A poll taken for the major metropolitan newspapers in 1973 showed only 39% of Australians believed homosexuality wrong or very wrong. The majority thought smoking, poker machines and hippies more dangerous to society.

The result of that 1973 poll bears a remarkable similarity to the vote nearly 45 years later on marriage equality. In 1973, 39% of Australians thought homosexuality wrong or very wrong while in 2017, 38.4% voted against marriage equality.

It seems that like today, homophobia and anti-LGBTIQ fervour in the twentieth century usually emanated from loud individuals on personal crusades. Some employed a war on homosexuality as a tool to suit their political agenda. Unknown demons drove others to believe it was their god-given right to dictate how other people lived and loved.

These self-declared ‘moral guardians’ hectored the public about the wickedness of any deviation from heteronormativity. They pop up all through Australian LGBTIQ history, always claiming to represent a ‘silent majority’ or ‘quiet Australians’. So accustomed did they become to that refrain that they continued it even after the same-sex marriage postal vote proved them a minority.

In 1953, arch-homophobe Lady Phyllis Cilento wrote a newspaper article raging against increased public tolerance of homosexuals. While it is doubtful LGBTIQ Aussies of the time celebrated 1953 as a particularly tolerant year, Phyllis saw any lessening of the strictures against homosexuality as endangering the very foundation of Western civilisation. As a white supremacist, Cilento thought homosexuals especially evil because non-procreative sex failed to produce additional British babies to keep the coloured hordes at bay.

In 1924, New South Wales reduced the penalty for buggery from life imprisonment to 14 years.

Sydney’s Arrow newspaper reported on the coronation of a Queen of the  ‘Kamp Kult’.

The Arrow strikes again! In 1932, the Sydney paper reported once more on the ceremonies of the ‘Kamp Kult’, this time in Brisbane. The paper claimed that Brisbane hosted not one, but two same-sex weddings in the previous fortnight.

“Ghastly horrifying spectacles of painted men and primping lads united in a sacrilegious blasphemy that they call the ‘bonds of matrimony’.”

What happened to men whose sexuality became a matter of public record through court convictions? Did they forsake their homes, friends and families and skulk away to distant towns to start afresh? Or did they hunker down to run a daily gauntlet of vilification and potential violence? Or did they sometimes find acceptance among friends and neighbours who still valued their contribution to society?

A divorce case shocked the good citizens of Sydney with accusations that the private secretary to Earl Beauchamp preferred the company of men over his wife. Those men spoke a ‘queer jargon’. The wronged wife spoke of her shock at discovering a man serving her husband breakfast in bed while dressed in one of her dainty aprons.

New South Wales amended its Crimes Act so that buggery remained a criminal act even with both parties consenting.

In June 1962, a group of LGBTIQ friends and allies rented holiday homes on Mount Tamborine in order to party away from the prying eyes of the Queensland police in inner-city Brisbane. The event went from strength to strength eventually becoming the longest-running continuous LGBTIQ event in the world.

“Mr Helpmann, by his worldwide success and association with the Australian Ballet overseas, won renown for himself and honour for the land of his birth.”

Bolte was one of the fabled ultra-conservative premiers that figure so frequently in Australian political history.

In 1966, an author outraged fans of the Kelly Gang when he described their heroes as ‘a group of homosexuals’. While evidence of the Kelly Gang’s sexuality remains ambiguous, there is no doubting that of Captain Moonlite. Historian Garry Wotherspoon’s research turned up death-cell letters detailing his relationship with gang member James Nesbitt.

Who knows what Kelly disciples thought of the 2020 movie True History of the Kelly Gang which showed the gang dragging up in preparation for a confrontation.

Australia’s first-ever LGBTIQ organisation formed by Marion Paull and Claudia Pearce — a Melbourne branch of the Daughters of Bilitis.

Campaign Against Moral Persecution (CAMP) formed in Sydney with state branches opening up around Australian the following year.

The Australian Medical Association removed homosexuality from its list of illnesses and disorders.

During 1973 Gay Pride Week, Sydney Gay Liberationists ‘zapped’ institutions which oppressed gays. Richard Jessop offers passers-by sliced brains outside the surgery of Dr Bailey who advertised a ‘cure’ for homosexuality.  Years later, investigations into ‘Deep Sleep Therapy’ and Bailey’s other methods linked the treatments with 85 deaths. The ‘doctor’ committed suicide while under investigation.

New South Wales police “unleashed a violent offensive” against a gay rights demonstration at the end of Gay Pride Week. The police made 14 arrests, most for ‘unseemly words’ and some for resisting arrest.

Former Liberal PM John Gorton moved in federal parliament that ‘homosexual acts between consenting adults in private should not be subject to the criminal law’. The motion was seconded by Whitlam Labor government minister Moss Cass and passed 64 votes to 40. Although the vote had no actual direct effect on people’s lives, it is significant as the first time a government voted to decriminalise homosexuality in Australian LGBTIQ history.

1976 Law reform in the ACT and Bob Brown comes out

Dr Bob Brown, a well-known Tasmanian doctor and conservationist came out on the ABC’s This Day Tonight.

A personal memory of trans life in Queensland in the 1970s.

Friend to Premier Joh Bjelke-Petersen and founder of the Society To Outlaw Pornography (STOP) and the Campaign Against Regressive Education (CARE), Rona Joyner was a force to be reckoned with in the Joh era. Although Mrs Rona Joyner held no elected office or government appointment, in a situation peculiar to Queensland, she wielded more power than Ministers of the Crown.

On 24th June, 500 people march through Sydney to commemorate ‘international homosexual solidarity day’. Later that night police attacked a street party and arrested 53 of the participants. That date became one of the most important in Australian LGBTIQ history when the annual commemoration evolved into the Sydney Gay and Lesbian Mardi Gras.

NSW banned discrimination on the grounds of homosexuality in employment, education, provision of goods and services, accommodation and clubs. In a much-noted incongruity, homosexuality remained illegal.

In October, Australia recorded its first case of HIV/AIDS in Sydney.

Probably nothing else came near the impact of HIV/Aids on LGBTIQ history. Just as our communities began to achieve progress on human rights and dared hope for a better future, HIV/AIDS threatened to sweep it all away.

The first recorded Australian death from HIV/AIDS occurred in Melbourne in July.

The Bobby Goldsmith Foundation formed, named in honour of one of Australia’s early victims of the disease.  An athlete and active gay community member, Bobby won 17 medals in swimming at the first Gay Olympics in San Francisco in 1982.

The Queensland Government amended the Liquor Act to make it an offence for a publican to serve liquor to, or to allow to remain on licensed premises, “perverts, deviants, child molesters and drug users.”

The AIDS Trust of Australia formed. 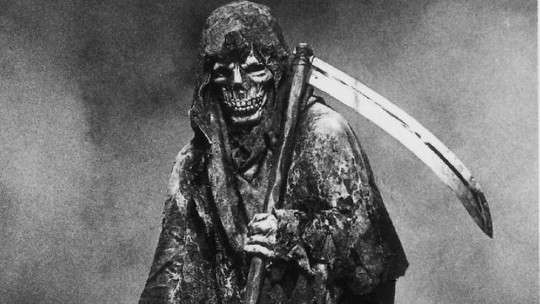 Despite the objections of his Defence Minister and Defence Chiefs, Paul Keating lifted restrictions on gays in the military.

Senator Brian Greig became the first federal parliamentarian to come out in his maiden speech.

“I stand here today on this first day of spring and on the dawn of a new century as a representative of the last generation of gay and lesbian people who will tolerate the injustices of the past being carried into the future.”

On this day May 6: Nazi book burnings