A brewery in Victoria has apologised for posting a meme slammed by Facebook users as homophobic and offensive.

“Hey wow, your social media just dropped below the quality of your beer! Congrats. Now delete this rancid post,” one Facebook user said.

“Am I… back in high school? Happy pride month,” another wrote. 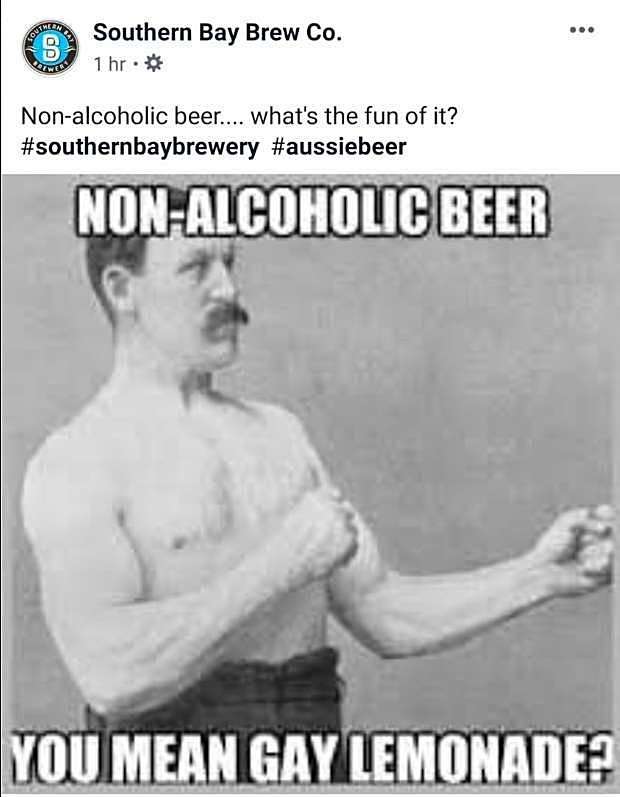 Another wrote, “1954 called. They want your social media approach back.”

As a result of the backlash, the brewery deleted the post and issued an apology “to all who were offended” in a statement.

“This was posted without any thought whatsoever and no offence was intended. I apologise unreservedly,” the brewery’s director said.

“The post has since been deleted and we will be more careful selecting our posts in future.

“We realise this is not good enough and we should not have posted the homophobic beer meme.

“It will not happen again. It was a gross error and mistake and we would appreciate it if people were kind enough to forgive us.”