Some of Australia’s top hockey players joined with WA’s LGBTI-inclusive hockey team the Perth Pythons to shoot a nude calendar.

The initiative is to fundraise for their efforts to combat homophobia in the sport, the team says.

“I wasn’t able to stand up for others or myself because I was too scared of rejection.”

Eighty percent of Australians have experienced or witnessed homophobia in sport, according to the Out in the Fields study in 2015.

The Pythons will use the funds raised towards making sport more inclusive for LGBTI players and spectators. 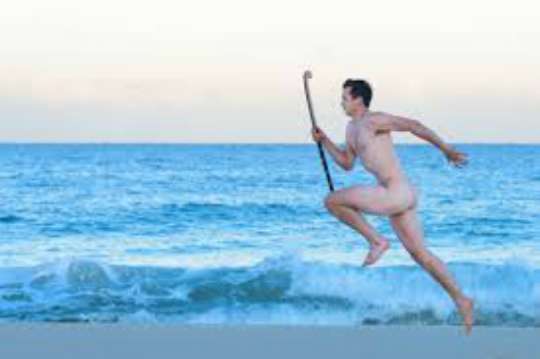 “This calendar, as part of the work we are doing at The Perth Pythons, is our contribution to making hockey a more inclusive sport,” Reid said.

“I hope it gives people the confidence to be their true selves. That, in turn, enriches community groups like our sporting clubs.”

The Pythons will launch the calendar at Perth’s inaugural Pride Cup hockey match on November 23, which coincides with Western Australia’s PrideFest event.

“It means a lot to us because often we have to hide who we are… But sport is a place which we want to be welcoming.

“The message we want to get out there is that anyone can play hockey, whether it be for Australia or as an amateur. We want everyone to feel welcome.”

Update: Unfortunately, even with an additional printing run, the Perth Pythons calendar sold out.

However, the Worldwide Roar, formerly the Warwick Rowers, always have nude calendars available.