ANZ Bank have unveiled a new batch of “GAYTMs” to mark this year’s Sydney Gay and Lesbian Mardi Gras.

Each year the bank transforms several ATM machines in or around Sydney’s CBD into elaborate works of art to celebrate Mardi Gras, with a different theme each year.

This year’s GAYTMs are covered in light reflecting rainbow prisms to mark the historic 40th anniversary of the Mardi Gras parade this year.

“The GAYTMs are one of the many ways we show our support for Mardi Gras, the LGBTI community and our diverse and inclusive workforce,” ANZ’s Diversity Council managing director Mark Hand said.

“ANZ’s Pride Network promotes the important values of diversity, inclusion and respect for the bank’s staff and customers.”

The GAYTMs will light up areas around the ANZ branches at 81 Oxford Street in Darlinghurst, 242 Pitt Street in the Sydney CBD, 294 King Street in Newtown, and 11 Hall Street in Bondi.

Sydney Gay and Lesbian Mardi Gras celebrations kicked off on Sunday with a Fair Day at Victoria Park. The annual parade will be held on Saturday, March 3. 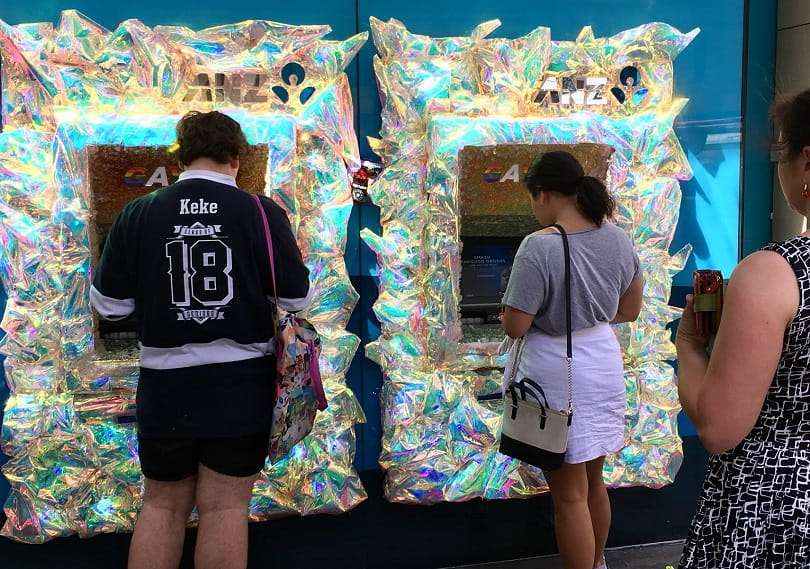