Last week, Wendy Francis from the Australian Christian Lobby (ACL) organised a talkfest at Queensland’s Parliament House. Francis promoted her ACL conversion therapy ‘expert panel’ as unpacking ‘gay conversion therapy’. However, the ‘experts’ made scant mention of the advertised topic. In this special series, we look at the claims made on the night. First up — Professor Patrick Parkinson.

The ACL ‘expert panel’ made scant reference to the advertised topic. Indeed, from their speeches, one might assume the Queensland Government was actually legislating to either encourage or compel young women who do not conform to gender stereotypes to transition gender.

Unlike some other speakers, Professor Parkinson at least made mention of ‘gay conversion therapy’.

“Well-meaning but misguided people have sought to change other’s same-sex orientation in ways which were ineffective, didn’t last and there’s a broad consensus now that that is unethical.”

The Academic Dean of the University of Queensland’s School of Law dismissed conversion therapy as a thing of the past — “things which happened 20, 30, 40 years ago.”

However, he then seemed to advocate for it.

“For many young people, an identification as same-sex attracted can be quite transient, can be quite provisional… That persists for young men into the very early adult years… for young women, it can persist a lot longer than that.” 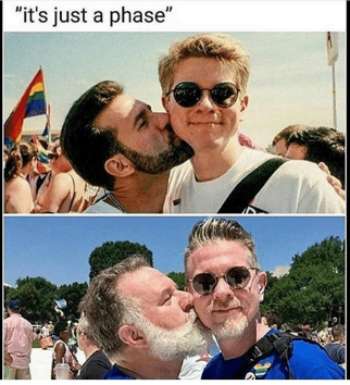 The professor then asked a very strange question for one who professes conversion therapy is a thing of the past.

“At what point does a 14-year-old, 15-year-old, a 16-year-old, an 18-year-old have a sexual orientation which is unlawful to try to encourage to change?”

Despite possessing far lesser academic qualifications than the learned professor, I suspect I can help him here. The whole point of banning conversion therapy is to allow the individual to decide their own sexual orientation, whatever their age.

Does Professor Parkinson believe it is a medical professional’s job when they assess that a person who identifies as homosexual is potentially heterosexual, to encourage them to change?

If so, is the reverse also legitimate? What about the patient who identifies as heterosexual but the professional believes is potentially homosexual? Should that patient be encouraged to homosexuality?

And if we allow these people to impose their belief systems on their patients, what about religion? If a psychiatrist believes a Catholic patient would enjoy life better as a Jehovah’s Witness, shall we allow them to counsel that?

Parkinson then moved on to what he termed an ‘epidemic’  of young women wishing to transition gender. He claimed many of them experienced regret after irreversible treatments.

“I say an epidemic — the numbers are still small, but they are multiples of what we saw three years ago… five years ago… ten years ago.”

To his credit, unlike some other speakers, Professor Parkinson did not claim the laws would encourage or compel young women to transition. Rather, he thought the proposed amendments might discourage therapists from counseling against puberty blockers and hormone treatments for fear of running foul of the laws.

“The danger is this. That this bill, well-meaning as it is, will drive away people — good therapists, good psychiatrists, good psychologists — from offering the help for these young people that they desperately need.”

Professor Parkinson described the proposed amendments as ‘carefully crafted’ with protections to cover genuine clinical interventions and professional practice. However, he suggested psychiatrists and psychologists would avoid trans patients because of what he termed ‘folk law’. He described ‘folk law’ as not what the law is but what people believe it to be.

While some examples of folk law would no doubt assist readers to understand the professor’s argument, he gave none. Recourse to Google only turned up ‘folklore’. Perhaps, Professor Parkinson’s folk law is merely folklore.

The professor’s hypothesis begs a question. Why would society entrust the care of vulnerable children to medical experts who subscribe to urban myth rather than the actual law pertaining to their profession?

“This is not about culture wars,” said Professor Parkinson in his summary.

But in saying that, he failed to mention his long association with the ACL. Nor did he mention his involvement in campaigns against marriage quality and the Safe Schools program. He certainly never mentioned the paper he published last year comparing transgender children to teenagers with eating disorders.